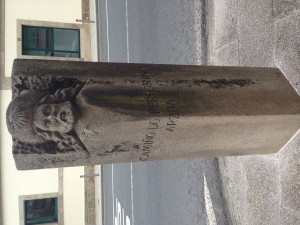 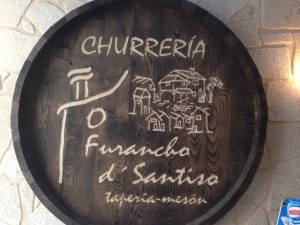 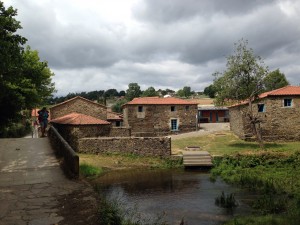 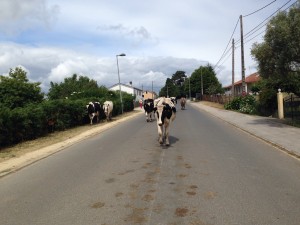 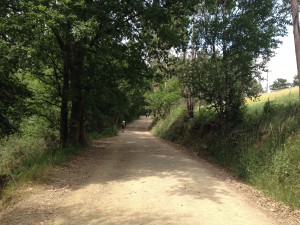 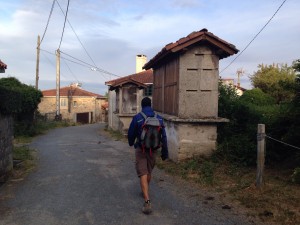 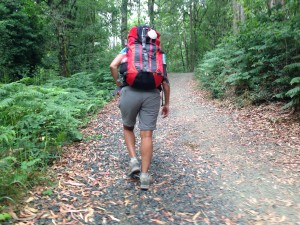 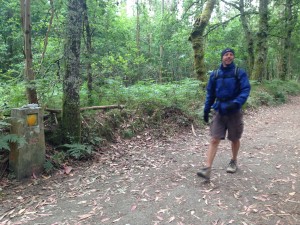 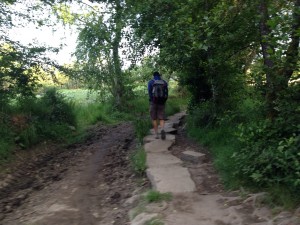 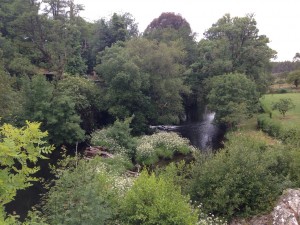 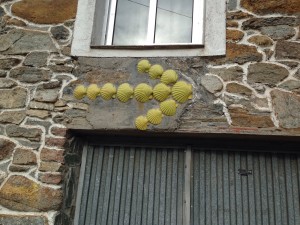 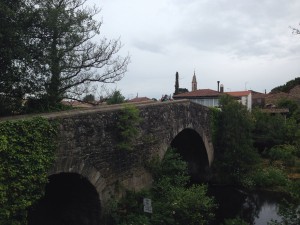 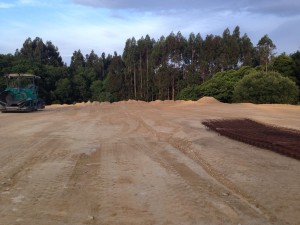 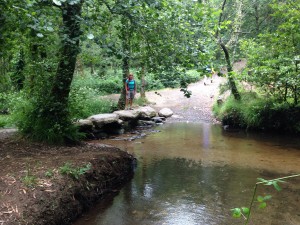 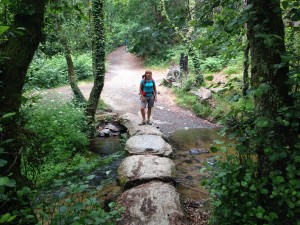 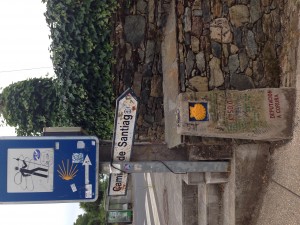 Ain’t no stopping us now – McFadden & Whitehead
Saturday
Oh boy. The Cyclist had got out of the wrong side of the bed this morning. I am banned from talking about what he said, however I bore the brunt. And so I need to make some life changes this year. I think he misses being able to have lots to do as he is not one for relaxing.

There was a fairly big town we had to walk through today about half way on our walk, called Melide. Apparently it is well known for its Octopus dishes and proffers that it serves the best Octopus in Spain. Well as I’d rather stick pins in my eyes than eat Octopus and the Cyclist isn’t a fan either, we won’t be stopping to put it to the test.

It was a big town and as all of the towns there is a small old but with newer town built around it. This ones old town was tiny and entered by an old bridge. We navigated through the town and out the other side without stopping for coffee. Today was Saturday and we had no reservation for anywhere to stay. When I had checked via internet before leaving Sarria, it said no spaces. Not even in the Albergues. It was just like Astorga last Saturday. So if there was any chance of finding a room/bed, we needed to get a shifty on.

On the way out of the town I saw pigs trotters for sale in a butchers window. My dad used to boil pigs trotters with red lentils and pearl barley when we were kids. Two trotters with some broth was our dinner many times. I would never eat it now, but I’m not a pork lover full stop. I do remember how it made your fingers sticky and they would stick together so you could hardly prise them apart. I expect this has prompted some memories for Blondie and Nanakatz.
I had not noticed the skin off the pigs head behind when I took the photo. I only noticed that when reviewing the days photos later. I was pretty grossed. However, when I was taking the trotters photo, the Cyclist spoke to me from the other shop window. He said that if I thought what I was looking at was bad, then this was better. I was in for a shock. I wasn’t sure whether to laugh or be appalled. Sticking the arms of the glasses in the pigs eye sockets was gross but the most ironic thing was the cigar. Whilst the set up was amusing, the cigar was a Chorizo which is, as you probably know, a spicy pork sausage a bit like salami. I am not sure what people would say at home to see that in their local butchers window?

Once clear of the town we were back in Woodland again and with more valleys to tackle. We were crossing 7 rivers today. That sounds ok except they were all in valleys and there were steep long ascents after each one. These are not high mountains now, but they are mountains all the same and we had been climbing and descending all day. One one such descent the Cyclist started making gagging sounds and making exclamations. We had been walking side by side thereabouts and while I just look at the floor directly in front of me so I don’t trip over a rock etc, he looks wider. He said he had just past a big poo on path. One that a person had done. Well he said he was in shock and began to rant and chunter about it for the next hour. He said he had never seen anything so huge he was amazed. Also that it was so bad not even flies interested. As gross as the topic may be that made me chuckle. Then he said that maybe it was the octopus from Meliede and it’s not that good. Whatever, he stated he is now on turd alert.You see I am more used to this outward chunter for things he can’t understand. Like why do it on the path and not a few feet off the path. So this was his topic for the next few miles until something else cropped up that took his mind off it.

Near the top of another climb we saw cows being walked down the road again. It would appear that in the very rural area, that people only have a handful of cows and they walk them down the road to be milked each day. Maybe it’s s local bodega type collection for milk instead of grapes for wine?

Rivedeso was where we were going to stop in theory. But although the guide book suggested this as it was 15 miles for the stage, it had two Albergues and three houses to the entire place and pretty as the river valley looked, it wasn’t for us and there were people waiting for the Albergues to open. So we carried on to Arzua 3 miles further on as this looked much bigger in the map. What the Cyclist didn’t let on, was that this meant going up another climb. A long one. And even though this was along asphalt it was still tough. Seriously we had been doing this all day. It would be like walking up then down from the river by trimpley reservoir, through the woods and all the way to the top of the bank by the road. But doing this 8 times over 18 miles. Or walking up and down the steepest routes up Clee Hill.

When we got into Arzua the race for accommodation was in. The Cyclist said to try everywhere and the first couple were full. Oh dear. As we walked the Cyclist spotted a small board saying new pension Albergues 50m off the road. Well it was worth a shot as it wasn’t on a Main Street. We turned into a stony road that lead behind the shops and apartments. The Cyclist said we had gone more than 50m but there was no sign of anything, but we walked on. We spotted it a little way in front tucked on the left. It looked like someone’s house. I rang the bell and waited. An old guy answered and said he had a room and that there was one ‘con bano’ with bathroom. Hooray. Sold.

After freshening up we went to look for dinner. I have now adopted the Cyclists method of taking your clothes into the shower with you and washing them there. So my stuff was all hung to dry in the room before we went out. It was chilly but we walked all along the street looking at the menus and in the shops both sides. It was a fairly big place. I lingered at a shop where I had seen a bag that would go with my wedding outfit. I took a photo to send to Angel 2.

Everywhere was quiet as it was about 4.30pm and nothing had re opened from siesta yet. I found a menu with something I could eat and went inside to see if they were still serving menu del dia. They were so in we went. It was a nice place inside and it got us out of the cold wind and rain spots. The TV at the end of the bar was playing a film or TV programme that was definitely British and looked absolute rubbish. A bit Take the High Road, type of thing. It was dubbed into Spanish. Luckily. Our meal was one of the nicer ones we have had and was €9 so that was good. By the time we finished the supermarket had re opened so we got some drinks and salted honey peanuts for the Cyclist, and headed back to the room. Two more walking days to go. Though the Cyclist said he could do it in one.