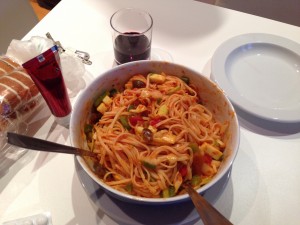 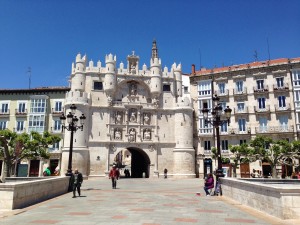 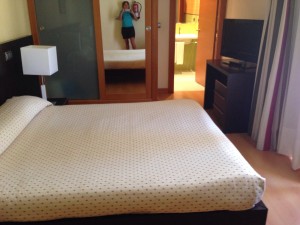 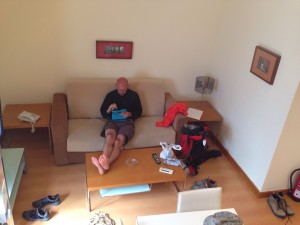 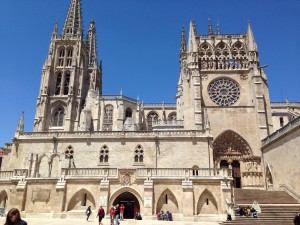 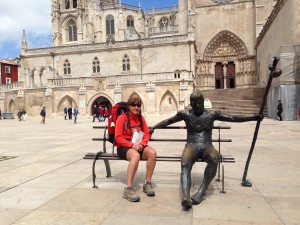 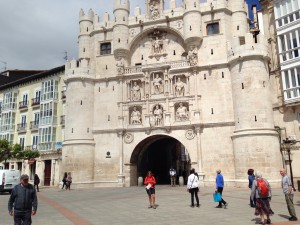 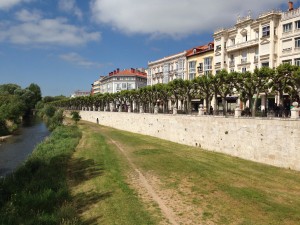 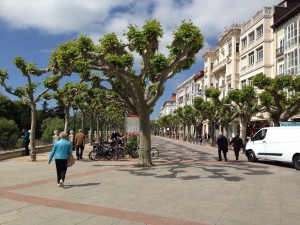 We woke at about 6.30am after a decent sleep compared to previous noisy snoring nights. The cyclist asked what we were doing and he didn’t want to hear my internal deliberations on the subject. Just the answer as I wasn’t on TV. HLf of me wanted to rush to get out on the road (the determined part) and part of me said stay as you have the time and you need to rest your feet to give you every chance of completing the task in hand (the sensible part). At 8am we were both still lay in our large beds so I guess the decision was made without a decision. The Cyclist had said that asking on, no matter how far that be, was not resting.

We were a day ahead of my the plan with the shortest days (I made three plans each getting to Santiago one day later than the one before with the latest arriving on the Thursday (day 34)). I knew that we had walked hard and fast to get us go this point in a short time and that whilst the machine I am married to was very happy to walk 20+ miles every day, I am all woman and so not a machine.

I had already been looking at places to stay and something inside said stuff it. I booked a nice apartment down the hill nearer the river. We couldn’t check in until 1pm and we had to check out before midday so I figured that we could be eating a menu del Dias in between the two. As were were in no hurry to leave the Cyclist had yet another shower. That’s got to be a record!

We wandered down the street behind the cathedral to find a cafe. Duly found two cafe con leche’s and one chocolat croissant for the cyclist were for starters. The coffee was so nice we had two and then walked back to check out and get our things. I needed to swap my sandals for walking socks and shoes and I was a little wary of that to say the least. Still with a final check of the room we were heading for the lovely old town in the Cathedral area looking for a nice place for a good lunch.

We walked down a tiny street at the side of the cathedral and spotted a small ace offering menu del Dias. And one menu was in English plus it was €10. Bonus, it had something o would eat. Noted, we carried on only to bump into Gerrard and Sylvie walking along towards the cathedral. I was so pleased. Sylvie told us that since she had her fall in the last Albergue we saw them at (the town where we didn’t eat any dinner and the cyclist got cross) her leg had hurt a lot and they were not walking regular 20mile days. In fact they had a taxi into Burgos, though I don’t blame then it wasn’t a nice walk at all. They weren’t staying in Burgos but going on a few Km to the first village outside. They were walking to Honastas the next day and were asking us to get there too. The Cyclist did his usual placative nodding and they were gone. Honastas would mean a long walk for us and it would go against the plan he had discussed with me at length. He had said very firmly, stick to the plan.

After wandering for a while, with me looking in women’s and kids clothes shops,  he said “you saw a place didn’t you, so let’s go there”. So we went back to the tiny doorway by the side of the Cathedral. It’s always a good sign if locals eat places and here was no exception. There were tables and chairs in a back room and we were the first ones to sit to eat. The Cyclist was over the moon with the quality and quantity of the meal. All told a three course meal for two including bread and a full bottle of local red wine for €20. God live Kyle’s aunt Joyce who took me out for menu del Dias when I stayed with her last time in the mountains behind Alicante. It is because of her that I knew what it was and that it is good value. Of course you can choose your drink. Beer. Water. Wine. But if you order wine you get a bottle. If you order beer or water expect a glass. That’s not why we do it though. The local wines are good to try and they are not the vintages that you pay £15 for on the shelf at tesco. But what they don’t have that the red at home does is sulphites. So if you do share a full bottle there are no after effects and definitely no hangover.

We got to our apartment and dumped our stuff before heading out to a little supermarket to get some provisions to make dinner. There was a kitchen of our own and we were far enough outside the town to not want to walk back for a meal. I found a small supermarket using the sat nav app on my phone. As we walked in I was getting serious grief from the Cyclist in a jokey way. That it had been over two weeks since I had been to a supermarket and I must have withdrawal symptoms. I was to remember we had to carry everything. My intention was to get some pasta, veg and sauce to make a dinner and some toothpaste as the tiny travel tubes were drying up. I also got some milk so I could make a cup of tea and some breakfast things plus fruit for the way tomorrow. The cyclist conceded this was a much cheaper way of eating for what we got for the price. I will get him to my way of thinking one of these days……. Maybe.

Shen we got back he said he would make dinner and being a man of word, he did just that. And what a fine sight it was to behold. After this we watched night at the museum 3 on the Kindle then trundled upstairs for another night of non communal sleep. Zzzzzzz