Hole in my shoe – Neil from The Young Ones 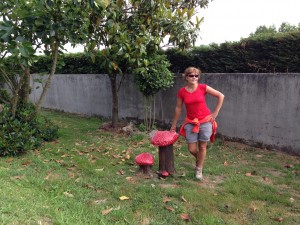 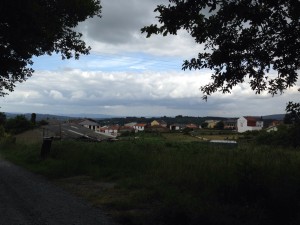 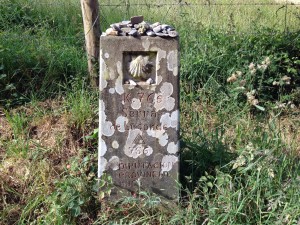 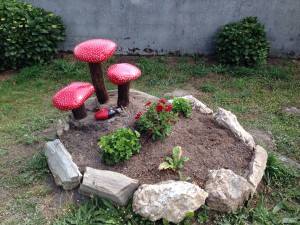 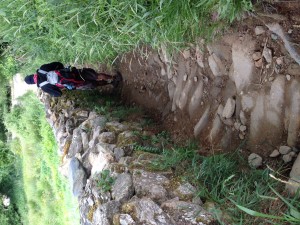 Hole in my shoe

I’m not sure if we were the only ones staying in the Aqua Albergue last night. Everything was quiet when we left and I was quite sad to leave this little town. I just loved it. Whether it was the buildings or the lake or the fact it was a little like Wales, I’m not sure. One thing I am sure about is that after crossing the bridge to the other side of the reservoir again, is that we were going up. These may not be classed as mountains as they are not over 1000m, but they are quite steep. The sort that the cyclist get to the top and says ” that was a cheeky little climb wasn’t it?” Well he does when I get to the top which is always after he does.

Once again he was freezing cold and while the mornings are chilly, I am soon taking my fleece jacket off as walking up those inclines faster than most, soon gets my heart racing and my body temperature up. There was a little way before the first place where we could get a coffee and as usual the first stop is busy, so we walk on. I’m longing for my morning drink, but not enough to drink it standing up listening to loud inane chatter.

There are lots more people on the road now and it’s more difficult to find a quiet rest stop. And the majority of these new walkers are American. LOUD American. And some extra Spanish. Apparently most Spanish only do this last 100km as its too hard to do the full thing. Eventually we did stop for coffee and a group of kids with their teacher walked in to. We had seen them yesterday when they came to the bar where we ate dinner. They ordered one bottle of water and ten glasses. The Cyclist said they are a bar owners nightmare. We passed them before we got to this coffee stop and they were speaking English. I mentioned to the Cyclist that all the kids bar one lad were girls and the male teacher would be having a nightmare with all those female teenage hormones.

At the coffee stop I asked the guy is they were English or American. They were American and from Georgia. When I said a school trip he said sort of, it was a church trip. Ah. Bible Belt. Reginald D Hunter did an excellent documentary about the Deep South earlier this year and ended in Georgia. Well worth a watch if you missed it.

The coffee here is so hot and miss. Occasionally you get a nice one, sometimes it’s so small it’s hardly worth it, sometimes in what we would call a tea cup and sometimes in a glass tumbler. This one fell into the small sized mediocre category. Time too be on. As we walked up one farm track where our guide book indicated there was a coffee stop, what we found was a flipping vending machine in the middle of nowhere. So much for that longed for coffee and a sit down.

The Cyclist is now on the pain killers. His boots have now really had it and are offering no support. Not only is the heel section of the sole coming away and there is a chunk out, but the whole sole of the left foot is completely split from one side to the other. So he is not getting foot support and has consequently developed shin splints. Hence the medication. I am a waking pharmacy now with all the potions, pills, plasters, creams and iodine I’ve had to buy. The pharmacies along Camino route probably do well off the thousands of pilgrims and their ailments.

There were two big ascents today near the beginning then again at the end. The smell of cow was with is all day today too. On the outside wall of one garden on the second mountain, it had areas with toadstools. It the cacophony of almost derelict houses and farms that is the norm now, it was like a little oasis. I took the first photo then the Cyclist asked me to pose for the second. As we set off walking the was a third set of toadstools but this time with a small yucca type tree by their side. The Cyclist was urging me to hoc roach down behind the toadstool and plant, then pull the leaves to the side and peer through. He thought it would make a good comical photo like going through a jungle. Making a fool of myself like this has never been something I have wanted nor enjoyed. Had the raid have been clear of people then I may have done it for him. But there were two groups of pilgrims approaching and watching and theoretically this was someone’s garden so I refused. No amount of “go on” was making me do it. I would be too embarrassed. He was not amused and walked on countering about being boring and how he had pictures taken while cycling.

We dropped down into Palas del Rei and we had high hopes that it would be a nice town after Portomarin was so nice. Unfortunately it was not to be. Our room was a little off the Camino trail up a hill so we looked for somewhere to eat. There were a group of pilgrims sat on stone benches in an alcove and it was only on a second look I realised they were queuing waiting for the Albergue to open. There wasn’t much choice of eating places and of those, only one that I could find something I could eat at. Well spotted by the Cyclist. It was an ok little place and the waitress was friendly so this made a huge difference. Ordering a mixed salad to start seems to be the usual thing now and is favoured by the Cyclist. But as this comes with a large spoonful of Tuna and raw onion on top, within seconds of it being served, the tuna and onion are transferred to the Cyclist’s plate. I have learned to put up with the odd flake of tuna left on the salad as if I transferred any part of the salad that touched the tuna ( which would be a preferred option), I wouldn’t have much of anything left. As other starters are generally spag bol with meat, fish or Galacian broth (looks horrific) my choices are limited. Very limited.

As you know these menu del dia’s come with a pudding course but for an average of €10 you don’t get fine dining, so it’s usually a piece of fruit, creme caramel (flan) or ice cream. Ice cream is a cornetto, choc ice or a tiny tub like you would get at the theatre. It is extremely rare for me to eat ice cream usually but I have gone for this option a few times during this walk. So today a chose Tarta Santiago. It was a dry, thin cake like slice. Not bad but would be better with some moisture. Ice cream maybe, ha ha.

Off to find where we were staying and do the usual, shower, clothes wash and get ready for tomorrow. Kind of thing. It’s not as warm now and I decided to sleep on top of the made bed and bed cover, using the blanket from the wardrobe. This turned out to be a fortuitous move as I may explain tomorrow. This town was not that great and the Cyclist said he wasn’t impressed as it was soulless. I would agree with him. I’d plan to walk through here if you ever do the Camino.