I set the alarm early. 1.5 hours before our train left. Why? Well we may as well get used to getting up early.

No breakfast at the hotel as we didn’t think we would have time. I was already missing our travel kettle and morning cuppa. So we headed to the station and unsurprisingly, we saw other people with back packs congregating. One had a wooden staff decorated with small tree branches and lots of leaves. It looked more like a Morris dancing pole rather than a walking staff but each to their own. I checked with the station official and surprisingly we were told it was bus all the way. I was quite looking forward to a train journey.

We put our packs in the luggage area and climbed aboard. I was heading towards the rear but was told not to by the cyclist. Within 5 minutes we were surrounded by a crowd of people all talking German. The Boss would have loved it and been in his German speaking element. However, the cyclist had to grin and bear the noise, plus me telling him I would have been right to go further back.

It was on that bus that The Cyclist started a list. The woman behind us was chewing gum. Loudly slapping her chops open mouthed. “I hate that” he whispered to me,”it’s like a cow chewing cud”. A couple of minutes later he said he was going to start a list of things that irritate him for this trip. Out came my Kindle tablet and he searched to find somewhere to record his list. So now in documents we have the start of a list of most annoying things. I said I expected to be on there every day. He said I would have to wait and see how many times I appear.

I know. The quite heavy Kindle HDX. I had decided to leave it but he said he would carry it and I’ve not touched it since. I had bought a couple of new books and downloaded 3 movies for him on it as I knew he would need to be kept occupied. He was a good way through the first book last night so I am hoping we find another place with wifi as I am going to need the kindle library.

The forecast was not good and unfortunately for once it was right. On arriving in SJPP everybody put their waterproofs on. Like others we had to find the pilgrim office. There you get your first stamp in your passport and find out if the mountain route (Napoleon) is open. It was. But she showed us a webcam picture and it was unrecognisable as anything and very dark. However, we were booked into the Refuge at Orrisson which was below the summit and she said the weather would be better tomorrow.

Once sorted we found somewhere for a coffee and some breakfast. This turned out to be coffee, a chunk of baguette and a croissant. No surprises there then. The woman owner was, in The Cyclists words, surly. Almost throwing the things at us. He said that all basque people were the same, especially the women. He has experienced it a few times on his motorbike holidays. He then told me that one time they were so flipping rude that he put a tuna sandwich behind a wardrobe thinking it would stink sometime soon. Ha! My moralistic, goody two shoes cyclist did something naughty and only just owned up. Well who knew!

Anyway, after getting insecticide for clothes from the chemist and two bottles of water from a tiny supermarket, we set off. Up. And up. And up. Oh my it was steep. From the get go. It may only be 10km but most of it was as steep as The steepest climb the cyclist ever did. There was a pelligrino (Pilgrim) in front of us some way further on. I mused with the cyclist if we would catch him or not.

The only way I could have trained for this was walking up stairs for 5 miles carrying a pack full of sand. I hadn’t. But luckily I had decided to do a local long steep climb I’m my penultimate training walk. However this was soooo much longer. And the weather alternated between throwing it down and minutes of sun regularly. During one long spate of rain when the lower section of my trousers were sodden and rivers were running off my poncho, I shouted to the cyclist up ahead that I hadn’t expected to put all our waterproof gear to the test straight away.

Someway up the mountain I had to get my water from the cyclist. Part thirst and part to replenish. He was laughing at me. Especially as we rounded a corner and saw more climb ahead of us and I swore. He said he was going to love watching me curse and be knackered. Don’t you just hate smug super fit types. He is a machine though. That was establish a couple of years ago. Me. I challenge anyone to climb what we did today at the pace trying to keep up with him whilst carrying your life on your back. However, I did slow a bit in the last half hour and he would go on then stop and wait for me. Then when I caught up, look upwards at the steep rocky track into the distance and laugh. Not in a mean way, it’s his sense of humour.

We arrived at our Refuge not a moment too soon as yet another downpour was starting. We were shown to dormitory No2. There are 6 bunks and we are the only English speakers. There was a paper sheet and pillow case on our bed to put on. The others in our room were doing theirs. The others in our dorm are much older then us and although it was only 1pm, they made their beds and claimed into them with earplugs and eye masks on. Clearly the punishing climb had taken it out of them.

This did pose a slight issue as I am not a church mouse and I needed to get my stuff sorted out. Both for my much needed shower and to wash all today’s clothes. The Cyclist says I shouldn’t bother so my aroma keeps other pilgrims away so they won’t want to walk and speak to us. However as much he would love that, I wouldn’t want to walk with myself.

On arrival we were given a token for a shower it gets you up to 5mins of hot water. I got my things and headed to the women’s end where there were two ladies showers, wearing my beach flip flops. Not nice ones. Cheap ones but it’s only to stop you picking up verrucas I guess. After a cool start the water was warm and it stopped every 30seconds so you had to keep pressing if you want more. So wearing tomorrow’s clothes I headed for the sink to use my Scrubba for the first time. This bit of kit was a recommendation from a girl on the Camino forum. The Cyclist scoffed at me when I bought it however it does exactly what it says. It is a water tight bag that you put a small amount of water in with your clothes and wash liquid. You reduce the air inside and roll to seal it. Inside there are nodule that scrub your clothes inside the bag when you rub it from the outside.

After I retrieved the cyclist from his bed and the now snoring older folk, to go downstairs to the bar for a drink. On the way downstairs The Cyclist started saying how much weight he was going to lose doing this walk. Not in a good eased way but in a concerned was as he is already super fit thin with a concave tummy and has not one ounce of fat on him or his visible ribs. He was still going on about it when we sat down. He said that after today’s walk/climb, he was re evaluating how much he/we needed to eat. He is worried that he will lose muscle that he needs for his Cycling. I told him that I have lots of fat to use up but went to the bar and ordered him a hot chocolate with gammon egg and chips. I had a sandwich. All this when dinner (which is included here), of vegetable soup followed by chicken pasta, is being served at 6.30pm prompt. But I have to say I’m not hungry now so maybe the cyclist can eat some of mine.

So here we are. Sat in the restaurant bar. The cyclist reading his book called ‘Domestique’ and me writing this. No prizes for guessing what his book is about, it has him transfixed.

Would you like a challenge? A bit of fun? Ok .
Walking up the mountain I was musing about walking songs for this adventure and how many we could come up with. Obviously the best song to get us going would be ‘500 Miles’ by the proclaimers. As we are walking about 510 it’s very apt. Others might be:
– Walking back to happiness, Helen Shapiro
– King of the Road, Roger Miller and Proclaimers
– Walk the line, Johnny Cash

Now over the next few blogs let’s see what suggestions you come up with.

Tomorrow will be a long day, summiting the mountain, crossing into Spain, descending and walking on to our next stop. All told about 27km. Buen Camino 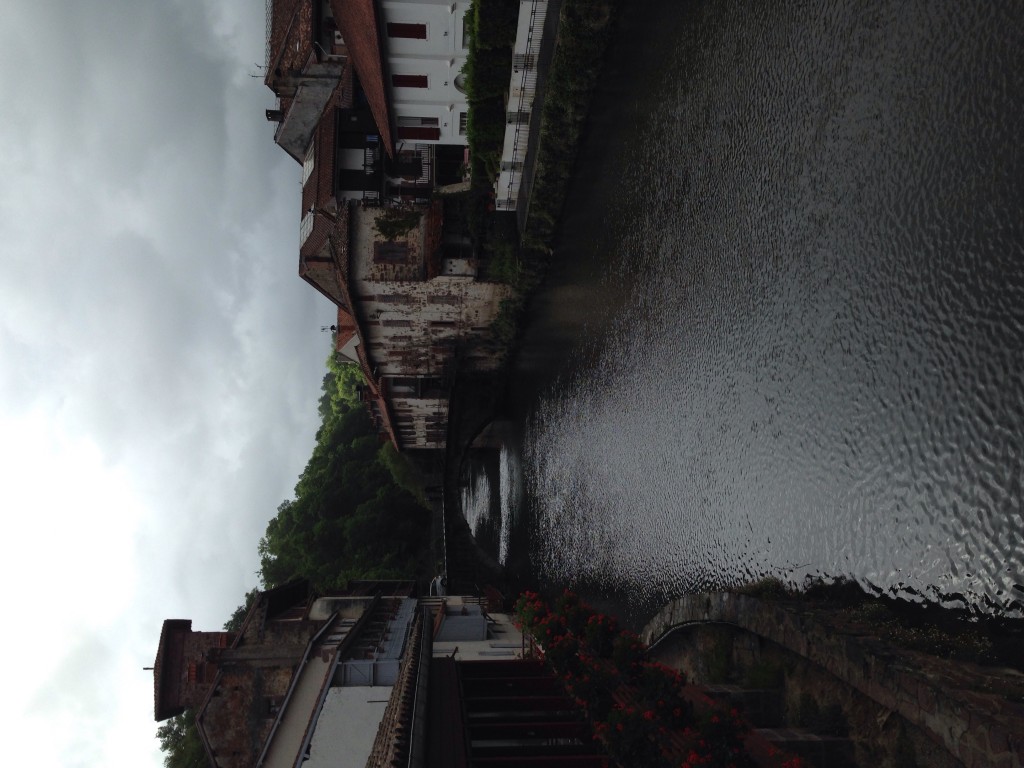 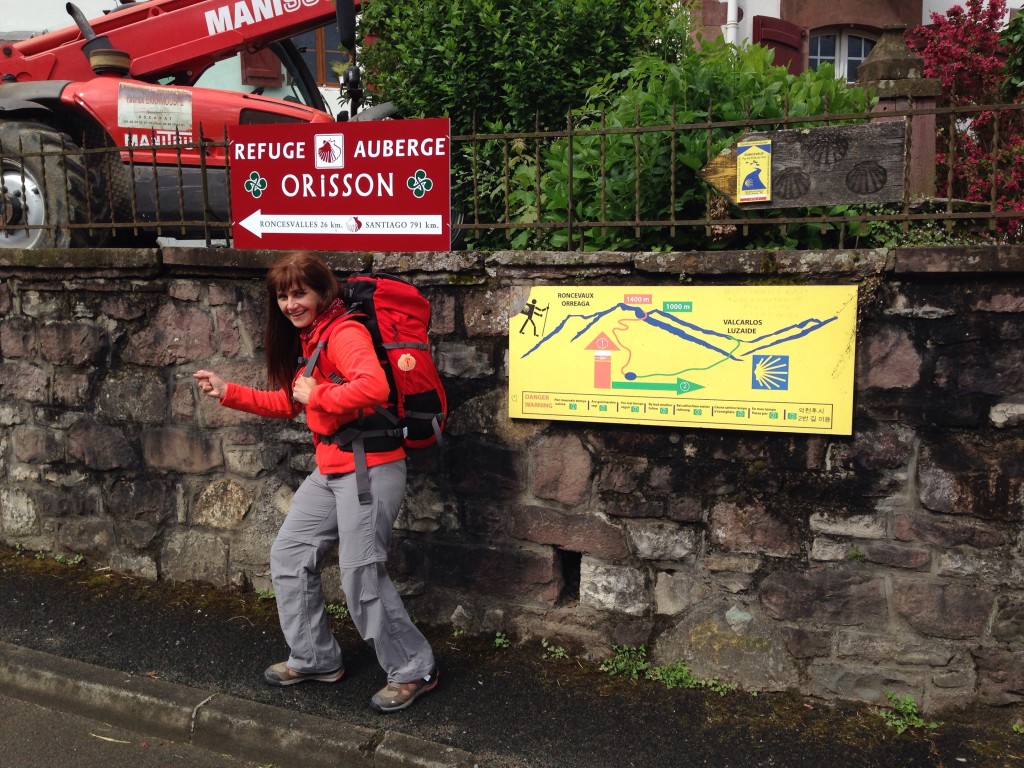 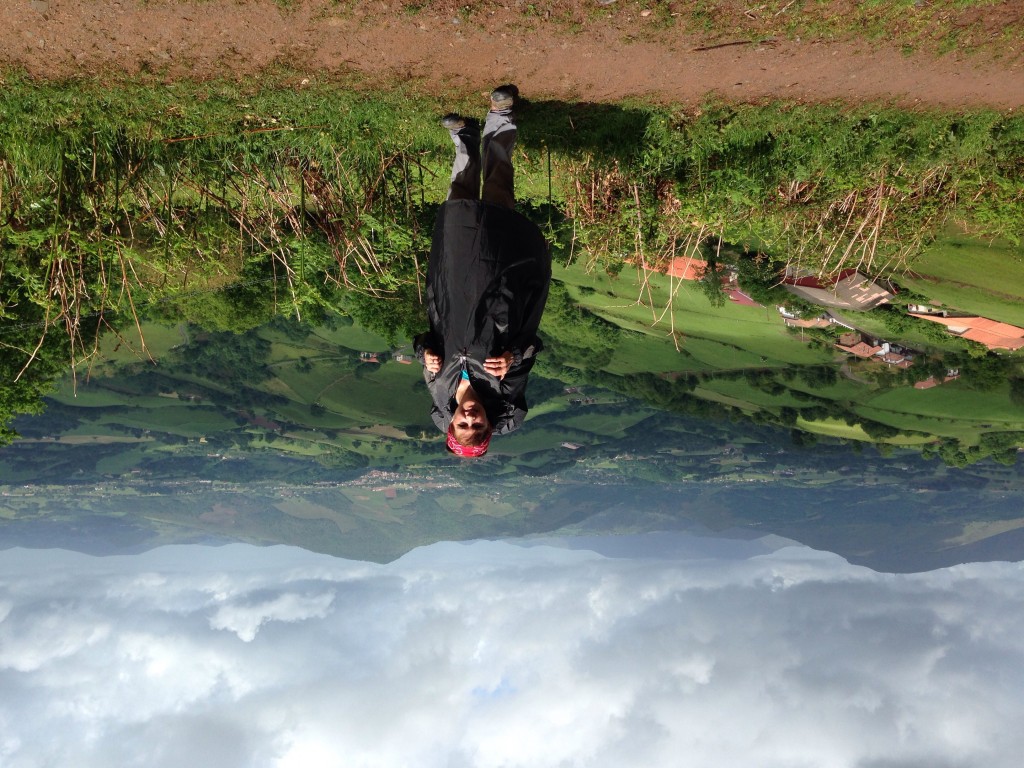 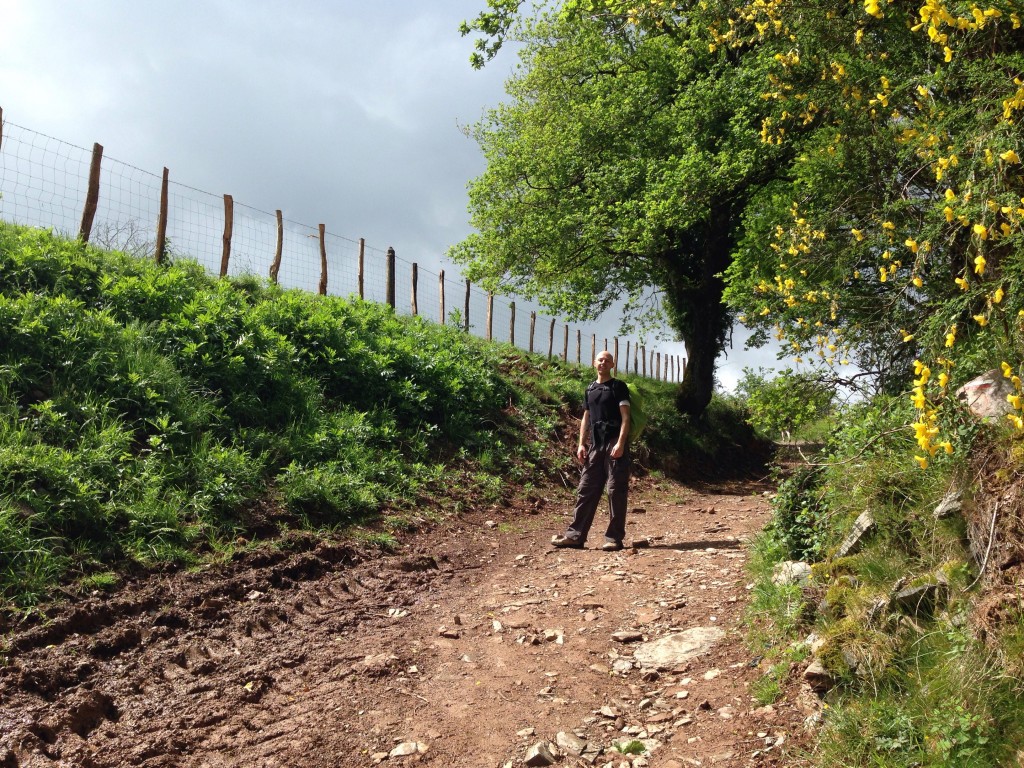 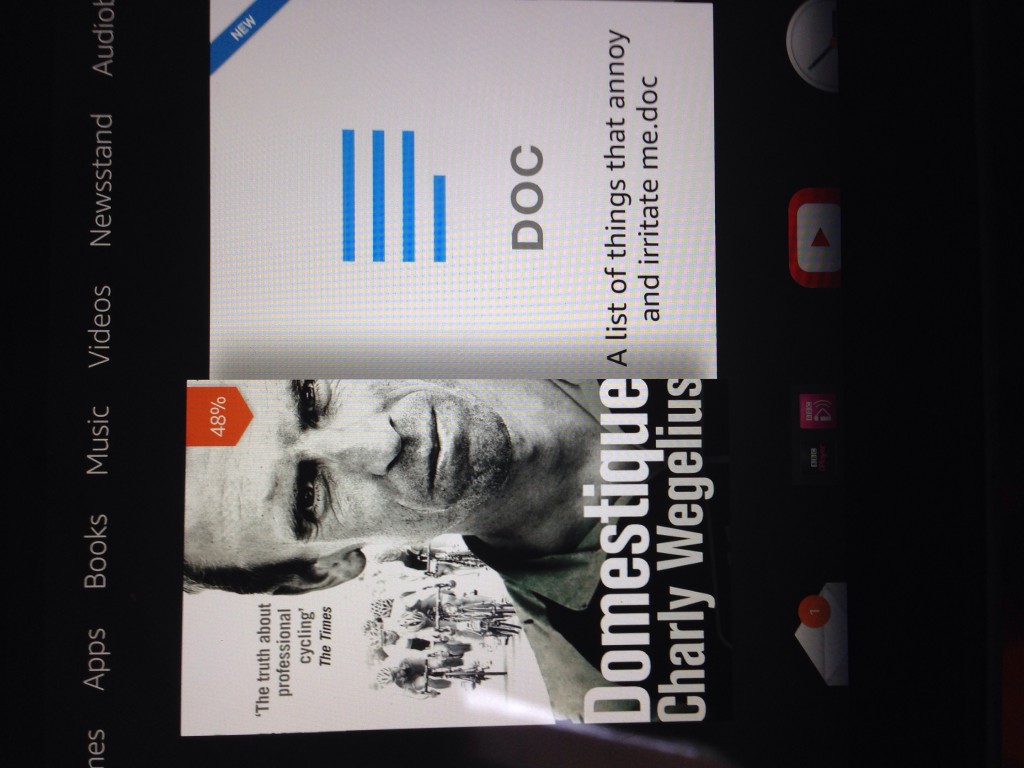