On the road again – Canned Heat 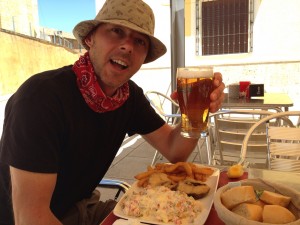 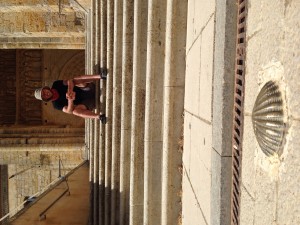 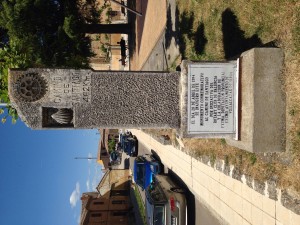 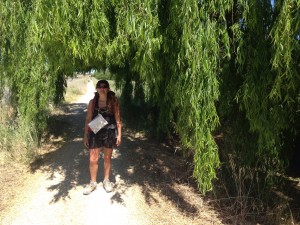 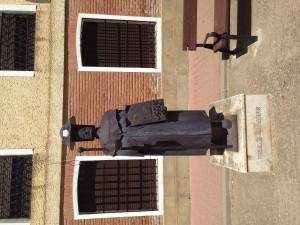 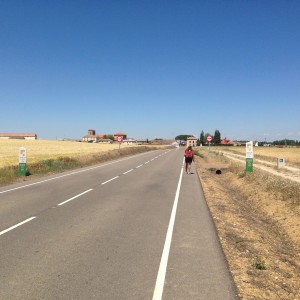 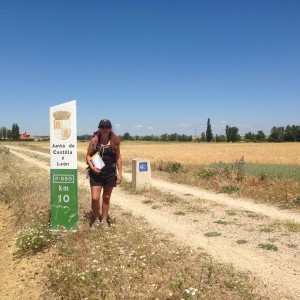 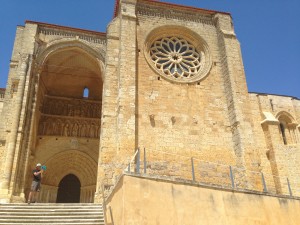 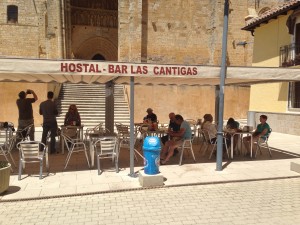 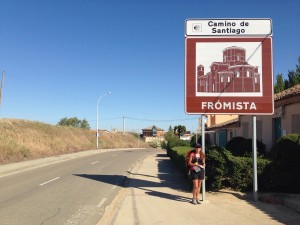 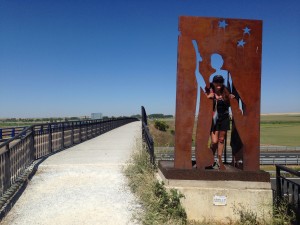 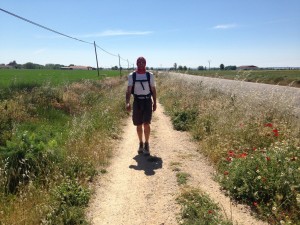 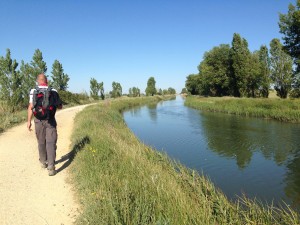 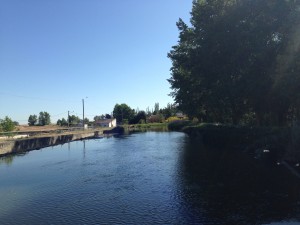 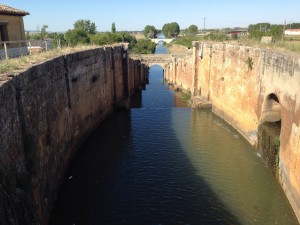 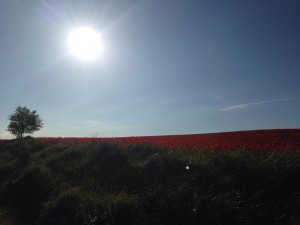 On the road again – canned heat

Saturday morning we set off later than usual at 7.40am. Looking back on it through the day, that was a bad idea. The cyclist said it was cold outside but I thought it looked ready for another hot sunny day. I’m pretty sure that we were one of the last Perigrinos to leave as the path out of town was practically empty apart from two figure way way in the distance going over the top of the small hill.

I wonder what my Angels will be up to today and tonight. They left yesterday for Angel 2’s hen party in Liverpool for as you know we have her wedding coming up not long after we get back. I suppose in reality I don’t want to know what they are up to. As long as they are careful, sensible and safe. On the other hand the Halo King and the Physioligist are playing Daddy day care to Benbino and Bambino Mal. I have had a short video from the Physioligist showing both boys and it reminded me of one of the scenes out of Meet The Fockers. In fact every time Benbino makes the sign for milk it reminds me of it. After a number of signing lessons when he was smaller that was one of the things he picked up and it really does look like a squeeze of a boob. Benbino is turning from baby to boy now and his vocabulary is growing fast. I know this from the texts and FaceTime calls with Angel one. By the time I get back he will probably be able to say “where have you been Nanny you’re supposed to be looking after me and my Bruver” ha ha. I do miss them.

I had a good sleep last night which was made even better by the French couple telling us that they had been to the Albergue first, took one horrified look and hightailed it to where we were. Lucky escape there then. I’m fed up of this communal living at the moment. If I can switch off from it, the Cyclist can’t and he keeps reminding me he didn’t choose to do this.

The walk took a turn and followed a canal into Fromista. It was nice and made a change from the usual tracks. We had to cross at the lock and as is normal for him, the cyclist found the highest point and stood right at the edge looking down. It turns my stomach when he does that.

This was the halfway point so it called for an early lunch. Unfortunately we picked the place with the group of cyclists sat outside, that had past us along the way. The unfortunate thing was not that they were there, but that the group was large and they had ordered food too. But I had ordered for us before I realised. Never mind. I took the opportunity of the wait to take my shoes and socks off to air my poor feet.

It was an hour for this stop and whatever Vaa Va Voom I had yesterday, had packed its bags and shipped out today. I wanted to walk to the next big town which would have meant a bit further than 20miles but I just didn’t have it in my feet.

Half a mile out of Fromista there was a choice of route. One along a special pilgrim path that followed the road in a straight line, the other off the road following the river. The off road was slightly longer by about 1Km so I said we would follow the pilgrim highway. Both tracks joined again in the town before Carrion where I was hoping to get. Either way, the town where they met was a good length for a day without trying to venture further.

That road was hard going. One water spout along the way. The Japanese couple had asked advice about which route to take and we had advised the route thy follows the road as there were three tiny places with Albergue’s so if it got too much then there wasn’t such a long way to the next one. I had made my mind up that we were in a hostel. They are priced like our basic travel lodge not more like a basic hotel. You have your own room and bathroom for about €40 which isn’t bad when I have to pay separately for us in an Albergue.

Eventually we got to the town before the end of the stage and I called it quits. There was a hostel right there as we turned off the main road and I said that’s it, we are going there. After dropping bags off and a spray to try to mask the smell of the day, we headed for the only bar cafe in town to have some late lunch. It was our one meal of the day so it was enjoyed.