Return of the Mack – Mark Morrison 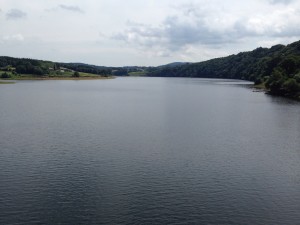 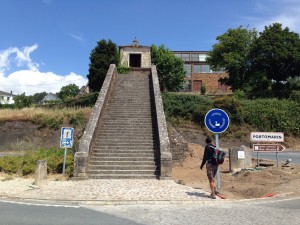 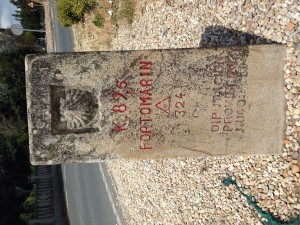 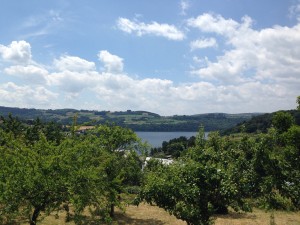 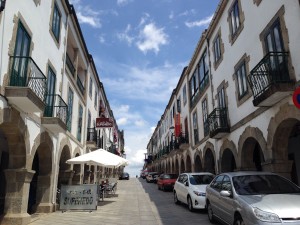 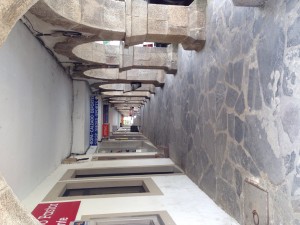 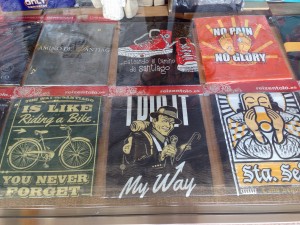 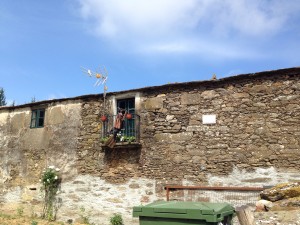 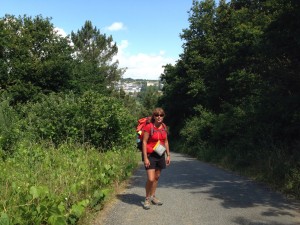 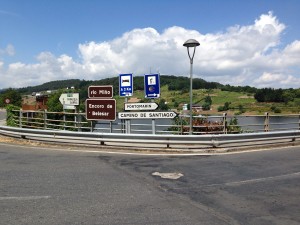 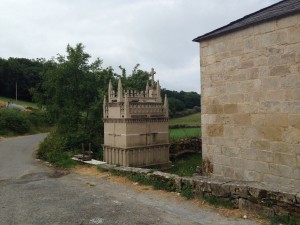 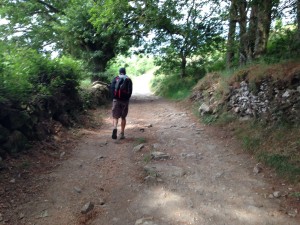 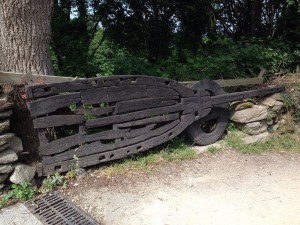 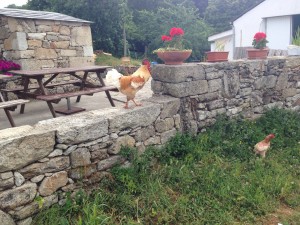 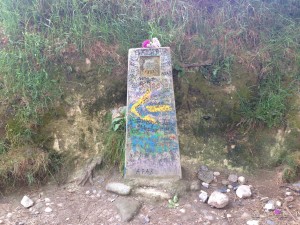 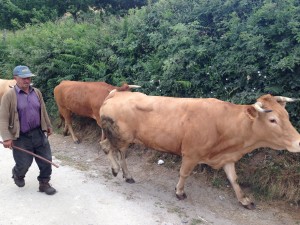 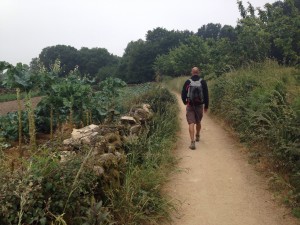 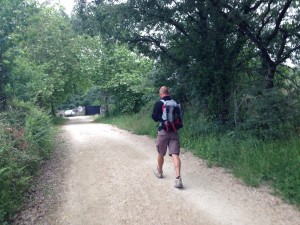 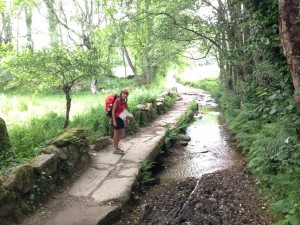 So today was the day I got my walking shoes back on. This is the test to see if my feet have heeled enough for me to walk, limp or drag myself to Santiago de Compostela.
We had a plan to stop regularly, not walk as fast as before and to rest if I needed. As I said that was the plan, well the one the cyclist suggested before we got on the road.

We were up and out in good time, leaving the room about 7.15am. I’m having trouble getting to sleep now but I’ve not taken anymore sleeping pills as they were knocking me out until at least 8am and that’s not good when there is a mad rush for first come first served beds.

It isn’t as warm now we are in Galcia. And you will see that the scenery has completely changed. Galacia must be one of the wettest areas of Spain and from the rolling hills, trees and the fields you might be forgiven for thinking we are in Worcestershire or Shropshire bordering Wales. This is poorer than other areas we have walked through and its all farming land. In fact the smell of cows, their mess, chicken farms and their stench, fills the air so pungently it turns your stomach.

These may look like hills but they are mountains really and we are still quite high above sea level. The inclines are pretty steep too. Though if you read the blogs in 2013 when we cycled the Vuelta, you shouldn’t be surprised. We spent 5 days in Galacia both inland and around the coast seemingly constantly going up steep hills or mountains. The most steep of which (with a section of 30%) was right by Finisterre. I somehow think we won’t be doing it on foot when we get there.

I was on a bit of pain this morning and the first place for a coffee couldn’t come quick enough so I could take some ibuprofen. But today was not going to be that easy. We were going up, along a bit, then up more nearly all day and the first place for coffee not long after we got going so I thought we could push on. That was not the best decision I’ve made as the next one wasn’t until nearly 9km and was a tiny place packed with pilgrims who started earlier than us so there were no seats.

The Cyclist was waiting for my decision and I said push on. The theory being the next ace shouldn’t be so busy. But that was at 12km which was just over half way. Oh dear. The regular stop thing was out the window already. I ordered coffee and two slices of Tortilla. They were large and quite dense with potato making the slice a substantial brunch. Will/Bill strolled up while we were there and got a coffee then sat at our table. We were watching a rather large, but fine looking Cockrell, prancing about making a racket and giving all to his hens. Literally. Plenty of eggs on the way then.

Time to put my pack, shoes and socks back on so we could do the last push to Portomarin. I had taken my painkillers and for the last bit they seemed to help. Psychological or not I don’t care if it helps. I seemed to walk a bit faster and easier too which helped the Cyclist because he finds it painful to walk slowly like I have to if I’m hurting.

We could see Portomarin quite a way before we got there as we were high and we could see it in the distance down in the valley. What was striking even at this distance was the town was all white apart from the sand coloured tall square building in the centre which we presumed to be the church. Once we made the descent into the valley and could see the reservoir, bridge and town, I have to say it looked very pretty. Maybe because it reminded me more of home. Of the hills, Wyre Forest, Trimpley reservoir and the river.

Now to find where we were staying. I’d had a call from the owners of last night accommodation saying they had opened one in Portomarin and did we want to stay. I had agreed but the promised map of where they were had not arrived. We entered the town on some ancient steps rather than follow the road in, which turned out to be a lucky choice. As we entered and observed the roads we thought we may be wandering all of them. But I chanced to look to my left up a sharp hill and saw the letters AQ on o sign. Well we stayed in Aquarooms in Sarria so there was a chance it might be there. Which incidentally was up a tiny street away from the main streets. Hoorah. It was. We were first to arrive there today and the girl hospitaleros, td us they only opened yesterday for the first time. We were the first people to stay in the private room. That was nice, though the Cyclist wasn’t as keen on the smell of paint still quite strong in the room.

We dropped our bags to take a look at the town and find somewhere to eat. The street was really lovely and looking up it, it was as if it just dropped of into an abyss. The church was an d one and we went to look inside. Other people were coming in, bowing at the alter, crossing themselves etc before taking a pew. One of these was a monk and after being on one knee just inside the door for about five minutes, he got up and sat outside on the floor with his back leaning on the closed half of the door, then took out a begging bowl. I was a little dumbfounded. Was he a monk or a beggar dressed in a short brown dress tied with rope. There have been so many beggars it was hard to say. The Cyclist Was engrossed in studying the inside architecture and I went outside to wait for him.

While I was doing so I overheard a New Zealand women asking someone to translate because she was trying to ask the monk questions. I didn’t hear it all but I did hear that he was Spanish and was walking from Santiago to Lourdes. The Cyclist came out and I spoke to him about it as I was still unsure as to why a monk would be begging when the Catholic Church is a wealthy one. He reminded me that monks give all possessions away so maybe he needed food and a bed. Well. I got my purse out and went and put the first money in his little bowl. Not loads, but not pence either.

We sat by the church and had our menu del dia, leisurely but with the Cyclist moaning that he wished he had his fleece on. It is definitely cooler here, especially when the clouds block the sun. Like England then. Once fed and chilled we wandered back to the room as the Cyclist was going to watch the second Hobbit film. I really don’t know what he would have done without my kindle.

You will see from the photos that we past fields today with these tall cabbage looking vegetables in. I took the picture especially for the boss. His challenge is to tell us what they are and how they are used. We found out because I asked the Spanish girls, but let’s see what Mr Allotment comes up with.
Angel 1 has been sending lots of photos and videos of the boys. Benbino is really coming on with his talking and is perfecting a new smile for photographs and Bambini is filling out nicely now and is still very long. I can’t wait to munch them. I look at the many photos and videos I’ve been sent by the Angels or their husbands while I’ve been away. They keep me going and I look at them every night.

Jan emailed me tonight. It was lovely to hear from him. He had arrived in Sarria today and is still one day behind. He still has shin splints but is still managing to keep his walking going to schedule to arrive in SDC on Tuesday. Well done Jan. He mentioned he has been reading my blog. So if you are reading Jan “hello” xx