Stage 14 do we really have to go up that mountain?

Rain. Rain and oh, even harder rain when we got up. So We had a slow start as the cyclist wanted to miss the hard rain. He ate a huge breakfast to compensate for it as a buffet breakfast was included. We were in for brekkie early so unfortunately for those that appeared after us kyle had already had two helpings of smoked salmon so there wasn’t much if any left. They serve it with cold scrambled egg though which is odd. I was glad to see him eat heartily as he hatched a plan for our trip today because he expected our route to be closed over the mountains. I mentioned that I didn’t want to try and drive up or down steep passes in the Meriva for fear it slips out of control. No my idea of fun.

The cyclists eye had swollen much worse during the night after the Bee sting yesterday. The poor people at breakfast must have wondered if I had lamped him one. Tempting at times, but no was not me sir.

It was a good idea for a later start as when we did leave, by the time we got to the start point to head off it was about 11am and the rain had begun to stop and we could see brighter skies in the distance. We hoped hat was the way we were going. I was trying to navigate to the start with two conflicting sat nav devises and unfortunately I put us on tiny farm tracks that twist and turn around the fields never really going anywhere. As you may have come to realise by now, this did not impress the cyclist one jot. He actually shouted at me loudly. I was doing my best and as the monthly rage is upon me, this time I yelled back instead of just saying nothing. Doesn’t get anyone anywhere though does it so a zipped mouth returned after. I got an apologetic hug sometime later in the day for being shouted at. It is quite frustrating for both of us for different reasons and the worries come out one way or another. Not knowing if he can cycle the route, if we can get up the mountain to our hotel and how flipping cold it will be plays on his mind even if it is not said directly. I would really like to swear now but the snow flipping plays on my mind too don’t you know.

At midday we had 142km to go. Probably about the same Km left at the same time as yesterday except we are heading up a mountain in the snow. However it was not as bad as it could have been.

Along a fast but not that busy country road I saw a beautiful big house with a double gated entrance with tree lined drive. It looked very venetian and I wondered who lived there and would have liked a better look because it was so nice. I was suddenly reminded of Lloyd Groseman and his house key programme when you had to guess which celebrity owned what house. In my best Lloyd Groseman voice I said “and who lives in a place like this”. Yes it’s sad but I keep myself amused as I am on my own most of the day apart from shouting “are you ok” or “can I get you anything” through the window.

At one point before the mountain the cyclist stopped to add or remove kit and as normal stopping means his body says I need the bathroom. The photo here is not a look of a relaxed cyclist but one of relief as he literarily is relieved behind the car.

Saturday at 1.15pm and shop are shut, no one about. It s very odd. It is as if all the people have been beamed up to a spaceship. Even the fuel stations had drawn the curtains on business.

13.51 pm and here we go up the first mountain. Still no sign of life. Going up the first mountain I hear the gushing of running water again. I can see snow but these mountains are just the edge of where we are going as the cyclist showed me a Google etch picture today when he was finding out if snow had stopped play. As we began to climb there was the usual mountain pass sign that says if it is open or closed. I as it said OPEN as I drove past. Damn. That means cold snow however, our hotel is at the top of the first mountain so it’s good or else we would have had to try to find accommodation for tonight. There may be some good photo opportunities though and I have got my socks out ready I. Case I need to make a fashion faux pas in aid of warm feet (they won’t go with my shoes!).

As i typed that last paragraph ‘Tell me why by Bronski Beat started to play. How apt I thought and smiled to myself at the irony of it. It is a busy old mountain road this. Each time I stop to wait to take a picture cars come past. Not just past but Zooming like it’s a race track. And another thing. Everyone is on the mobile phone. Almost every cars driver is on the phone, they walk on the phone, stand by the side of he road on the phone. Are we that bad? I mean, seriously!

Ha! I have just seen some mountain goats by the side of the road but couldn’t stop for a photo as I had a car glued to my rear bumper. My mood made me tempted to speed then slow just to annoy but I didn’t.

At the top of the first mountain the cyclist carried on while I tried to check in but it was a comedy of errors. First I followed the directions but just before the hotel there was a road block. So back down the hill to the main road to find a different way. The town was dead. When I found our accommodation there was no I e there, just a nite saying phone Michelle who turned out to be male. When he arrived he took me to me the room but said there was a power cut yesterday and the heating hadn’t come back on. He had put a tiny halogen heater in there. It was a room for 6 people but had sofa beds. Anyway, there was no ht water when he tried it. He offered me a room in another place but said it was smaller. I asked if it had a double bed and a fridge with freezer. I spied a microwave in this one so asked about that too. He assured me the same facilities were there. I agreed to move as whatever happens we needed hot water for showered as I didn’t fancy boiling the travel kettle lots of times for a strip wash. Once payment and passport checks were done he casually mentioned that the TV wasn’t working in the other room. To be honest we haven’t watched the TV at all as I’ve been busy and the cyclist has been on the laptop then sleep before it starts again at 5.55am.

It is the final climb and its 6pm. The cloud is coming in bringing snow. Light as I type but let’s see. There is 5.2 Km to go and we have 600m of climbing to do so it will be steep. My head s banging from not having much to drink and lack of food as I don’t have much at breakfast. My fault I know so I’ve had a few haribo along the way and now just had a square of chocolate and a square of cake and salami. That will have to do until my slice of olive bread later.

Kyle has found himself someone to talk to on the climb. It turned out to be an Italian ski instructor who said most of his clients are English and that explained his excellent use of the language. He also had an English accent which was odd. It was a bit American sounding but English. Apparently he dated an English girl for a couple of years. One if those ski instructor crushes that didn’t work in the end I assume. I know! where is my romantic optimism. I’m crotchety because I’m very tired as it was quite late when I got into bed for sleep. It must have been because I forgot to wash the drinks bottles last night and had to do it this morning.

Yep. It was snow. Luckily it was only the edge of he snow cloud for this steep climb. At the top the bike holder gave out completely and I had to climb in the back and under the parcel shelf to ferret out his tool kit. We are going to have to do something about that. The Focus bike was wobbling all over the place last night and we were only doing about 30mph luckily and were were practically at the hotel. God give me my bed. My head is in a vice and I’m dead on my feet. I know. I haven’t cycled so what am I moaning about. I’m no good when I’m tired. Never have been. I’ve got to wash kit and cook when we get in.

It is now after 11pm and I am tired so this is it for today sorry. See you tomorrow for the snowy and higher Gallibier in France.

Olly Murs – Trouble Maker (upbeat and makes me smile as Olly had the same cheeky chappy face like the physiologist.

Turning Japanese by The Vapours (apt due to the squinting I’m doing as I can’t put my shades on because I need to see the sat nav’s. Yes I do know what the song is about really!)When it gets brighter I need them because I can’t do bright light.

Cliff Richard singing We Don’t Talk Anymore because it reminds me of mm_Scimitar, he loves this track.

Where have all to cowboys gone-Paula Cole.

Remember you’re a Womble- the Wombles ( the boss will appreciate that one).

Witchita lineman- Glen Campbell calming after the cyclist as snapped at for for asking concerned about his eye. So on twice as I settled into the seat for the climb. 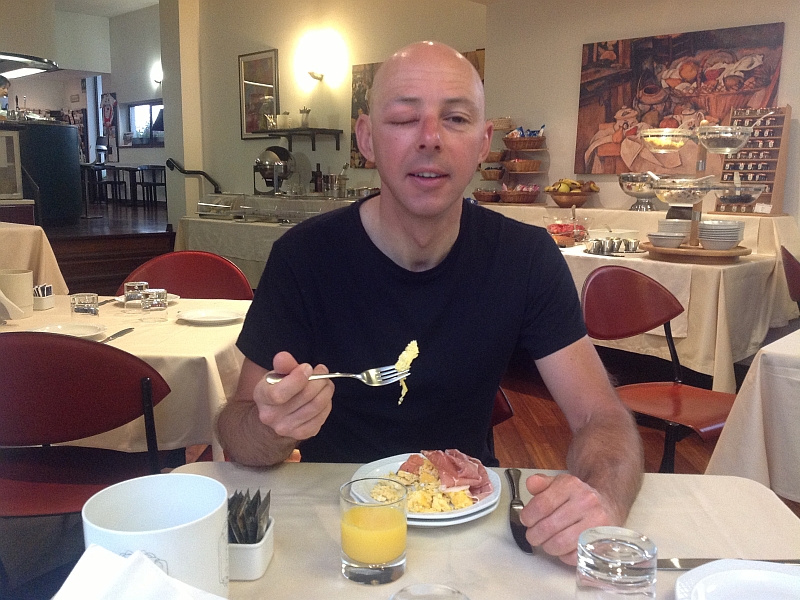 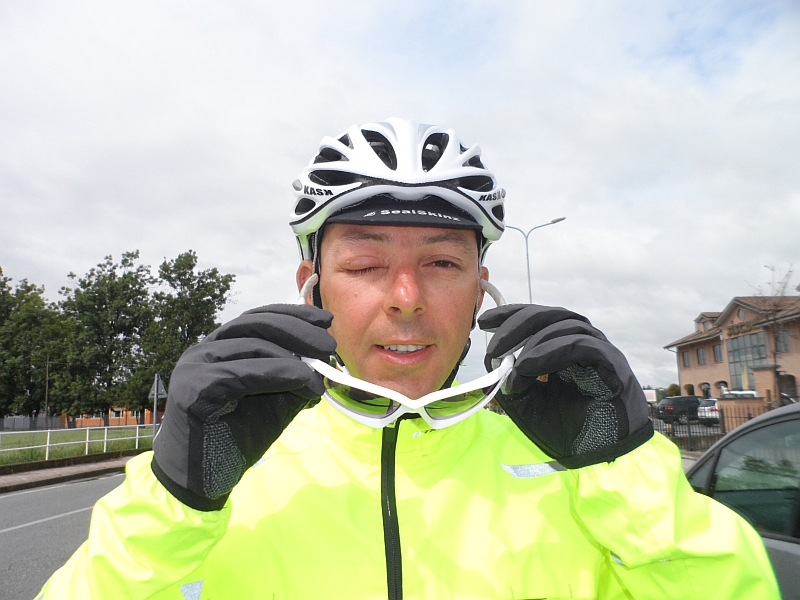 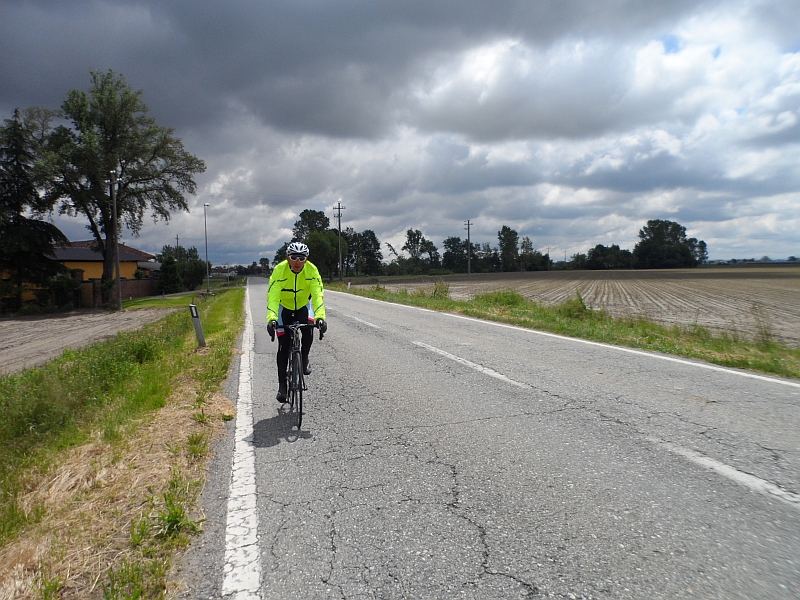 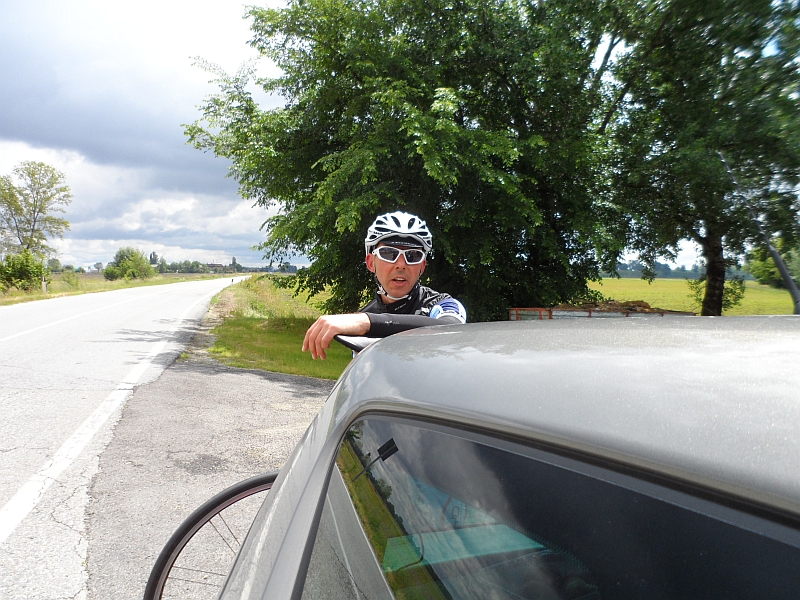 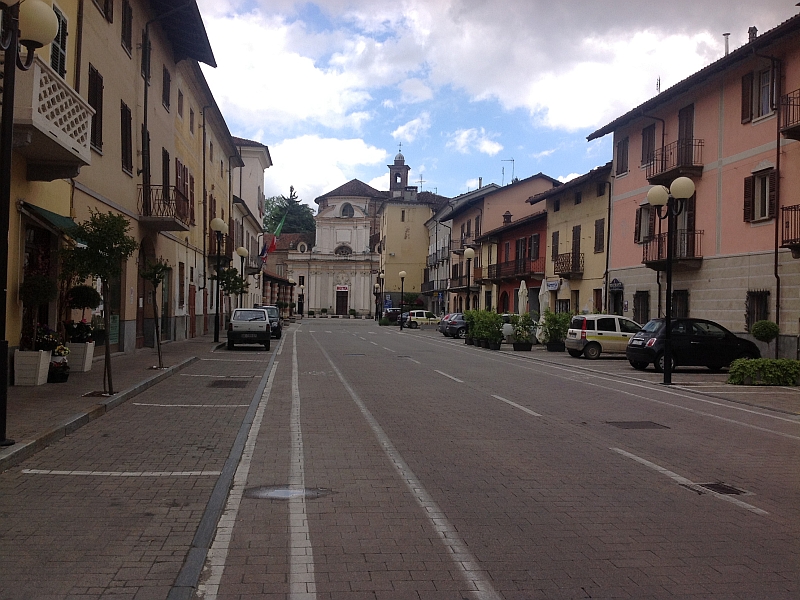 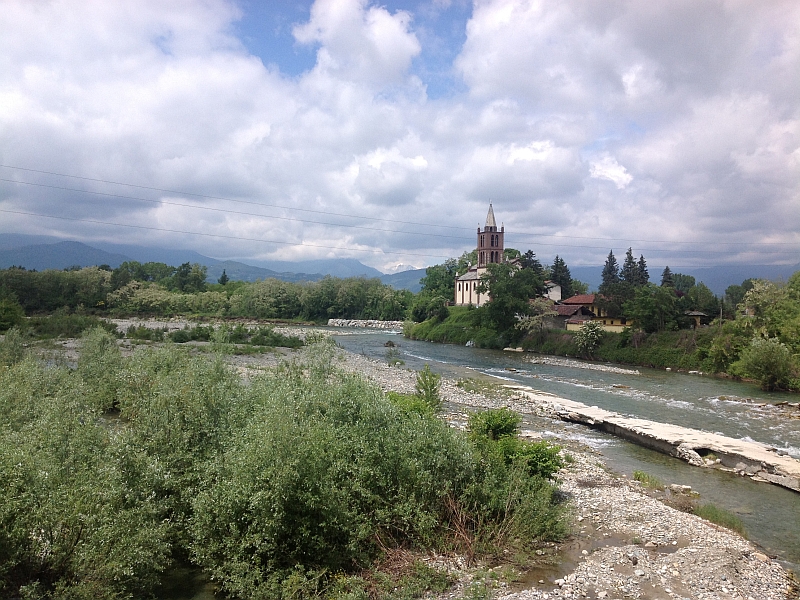 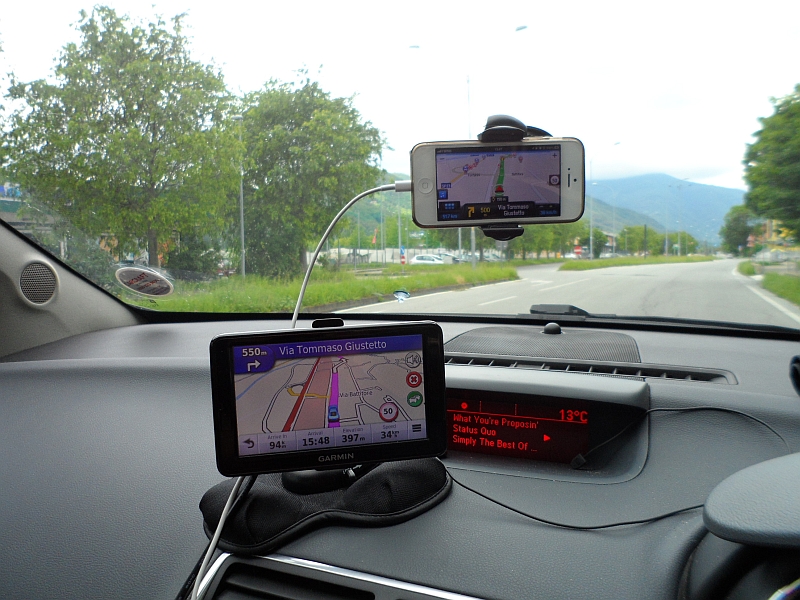 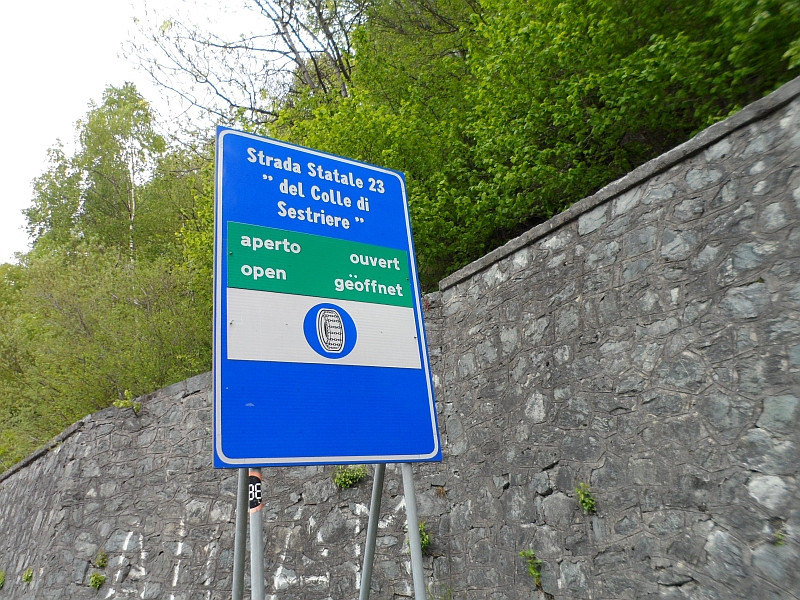 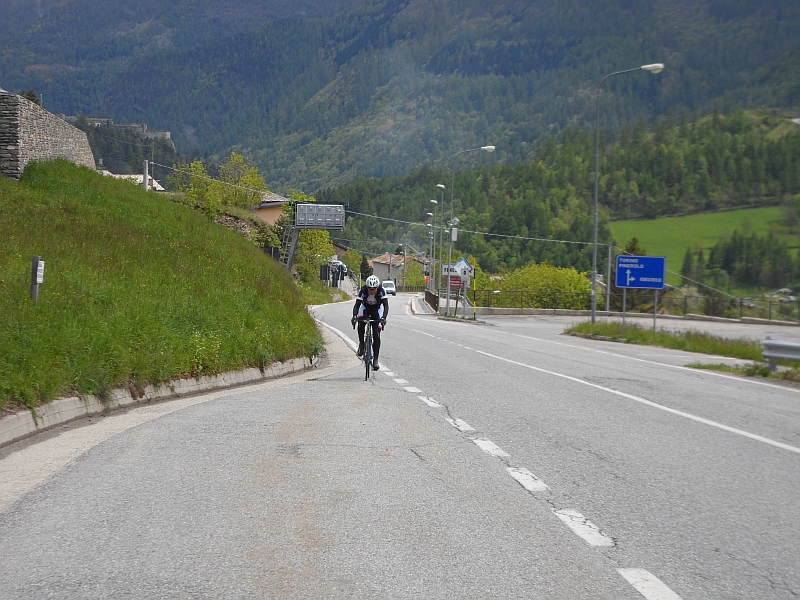 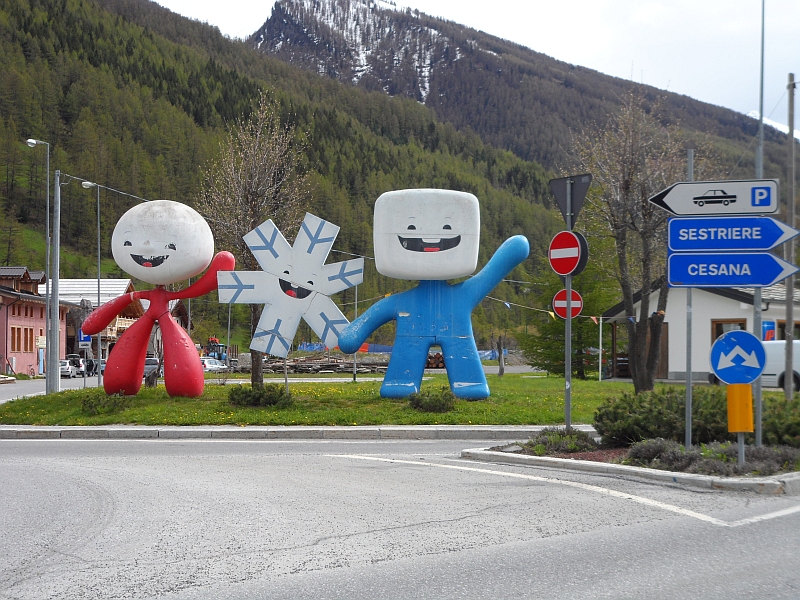 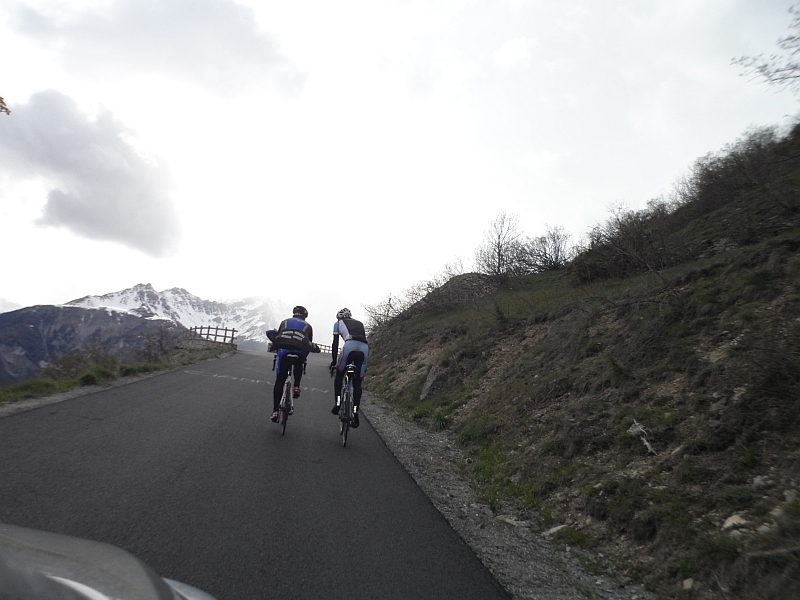 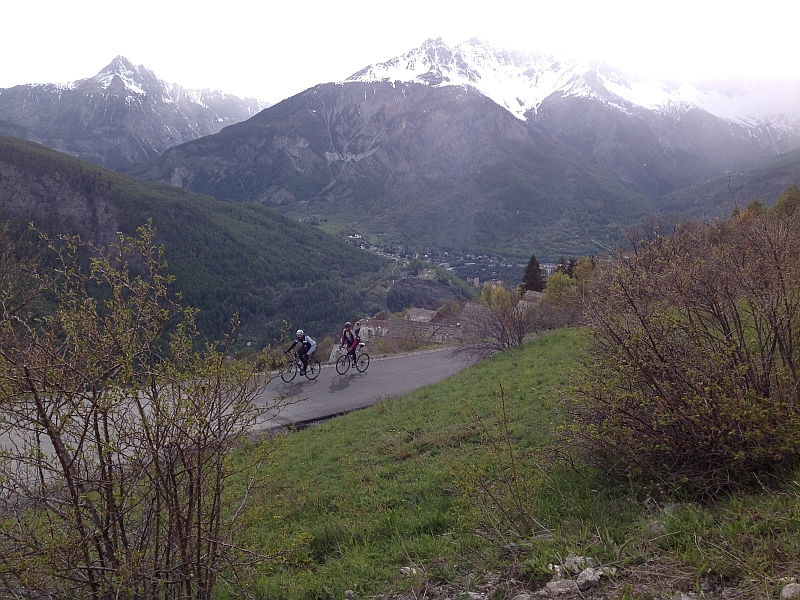