At the start we took a couple of photos and set off. Just we left the town the other cyclist appeared. He is fairly handsome so I can see why he is still playing ski instructor as I bet he is a favourite with the ladies! So my cyclist has a play mate for the first climb which start at about 30km in and is in my dear France. Ooh, for a solitary chap he is a happy bunny now. That is because he says having company makes the climbs easier as you talk not focussing on hard you are finding it.

Boy the other cyclist has HUGE calf muscles. In fact my cyclists looks small muscle wise beside the other. That’s what the professional cyclists that win King of be Mountain jerseys are like. Smaller, light but extremely powerful. The Italians legs are huge too. I mean really. By the side of him my cyclists bum is tiny.

In the sun snow looks like royal icing on a Christmas cake. On he top of one it looks cut and smoothed with a palette knife. They look like the peaks Nana Katz used to put all over the cake. Or lime white icing on chocolate cake as the rocks appear brown from down here.

As we begin climbing I normally take lots of camera shots. Of the cyclist mostly but Los of the scenery. It has been our only evening entertainment so far looking at the photos off the camera and ipad that the cyclist loads on to the lap top. I’m not sure if be Italian cyclist is quite used to some woman keep stopping and getting into all kinds of positions to take photos. I’m a little embarrassed doing but we won’t ave any for the first mountain unless I do and the scenery is quite spectacular in the sunshine.

Apart from saying that it was extremely windy, that my cyclist was cold and tired from having to pedal into a head wind uphill, I will let the photos do most of the talking.

After leaving him to head for the last climbs of the day so that I could check into the hotel before check in closed, I headed for Valfrjus. However both sat nav devices took me up lanes and on to dirt tracks. Unbelievable. The time I need them to behave they both play up. As I was near a p,aground there were 3 teenage boys laughing at the English woman on her own on a church car park looking as though she wanted to go up a footpath. As my French is better than Italian I shouted to them for help. After all 3 looking at each other they sheepishly meandered over. I explained that I couldn’t find my hotel and showed them the address. Ah one said and pointed upwards. Up at the Motorway high in the mountain. I took it I needed to be on that road and said Thank you and just headed straight on hoping one device would sort itself out or I would see a sign. After numerous instructions to do a U turn all three of us found our way.

When the boy had pointed up he didn’t mean the motorway at all but the top of the mountain. A bit of straight, 14 hairpins and some wished away road later I arrived in a deserted ski village. Very pretty but spookily quiet. Obviously we have concluded that in May everyone goes away in between the ski season ending and summer season starting in June. Our keys and instructions were sellotaped to the door as there was nobody around n a Sunday evening. I dumped our bags I. And skedaddled down the mountain along the valley about 20km and up the col du Telegraph which leads to the Gallibier. No road closed I thought it must now be ok.

I got to the top of the Telegraph but no sign so over and down to Valloire and up the start of the Galibier where I caught the cyclist. There was still a way to go. About half way up it said that the Col du Galibier was closed. The cyclist said he hadn’t seen the sign and said we would go as far as we could. When we were about 9km from the top the scenery changed to that of grey rock and rubble that was how you may expect the moon to look. Not pretty and very barren. At 8km there was the barrier saying closed and avalanche risk. Not surprising as it was vile a week ago for the Giro when they had cleared it especially italy but it was still snowing. I felt relieved when the cyclist said that’s it.

But he spoke to two French people packing skis and gear into their car. They said that he could take his bike around and try to get to the top. Are they mad! But the cyclist said that was what he was going to do and gave me a kiss goodbye. At that point it may have been then, sat ever. I must have had a look of dread on my face for. His comment but regardless of any of my fears or potential danger he went.

I waited for about an hour and a half and it was nearly 8pm and it would be dark about 8.30. I don’t care whether you think me silly but I was absolutely scared to death at being up a mountain on my own with no form of contact with the cyclist not knowing what could have happened or if all was ok. He should be down by now. I got out out of the car out my socks on and my jacket and went up the hillside and along a it to see what I could see. It was freezing and it wasn’t long before I was dithering lots.

Anyway he eventually came down freezing saying it was minus two up there and he had cycled through the snow until he couldn’t get any further because it was too deep. I was very quiet as I was so glad he was back but was so angry that he had thoughtlessly put me through that and said he had no concept of why I might be worried as he has no kids then dismissed it. Am I daft. No need to answer I just can’t explain it and thinking about what I went through that last half hour to write it down is getting me upset thinking about it. So That is enough. You can I imagine and draw your own conclusions.

In fact the day ended well as I got him back, he took a hot bath while I did his dinner and while he ate I had my own shower. I watched Top Gun in French with a glass of wine then was asleep shortly after. 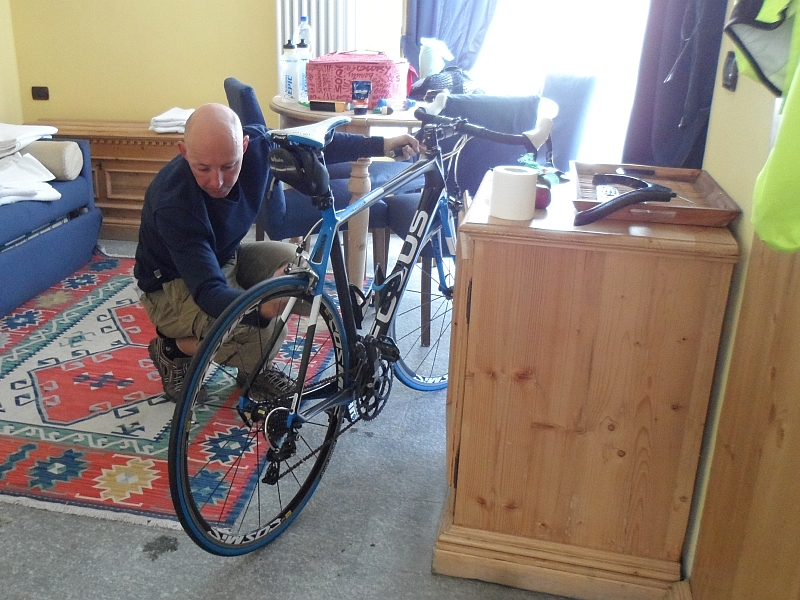 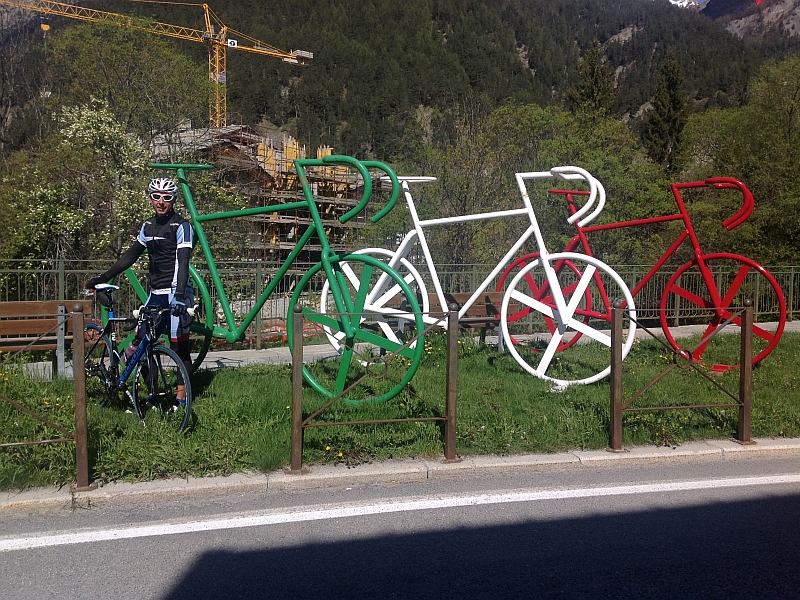 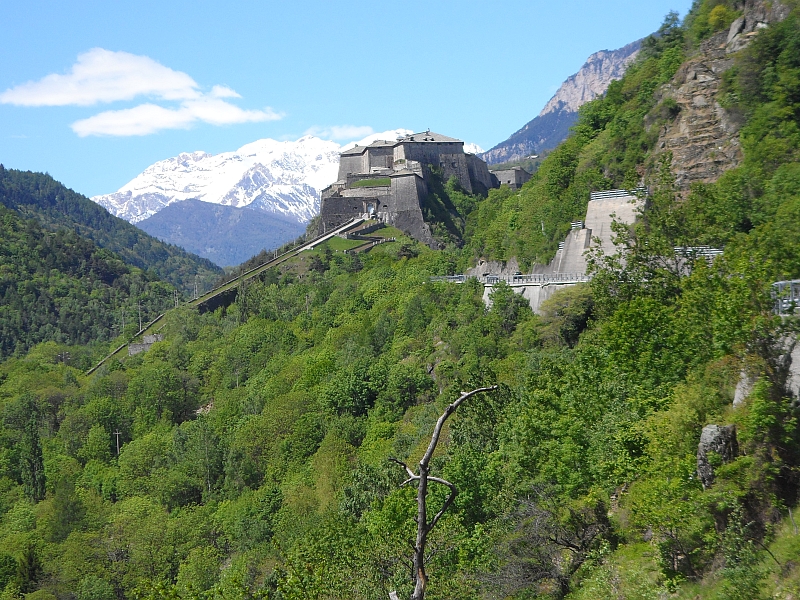 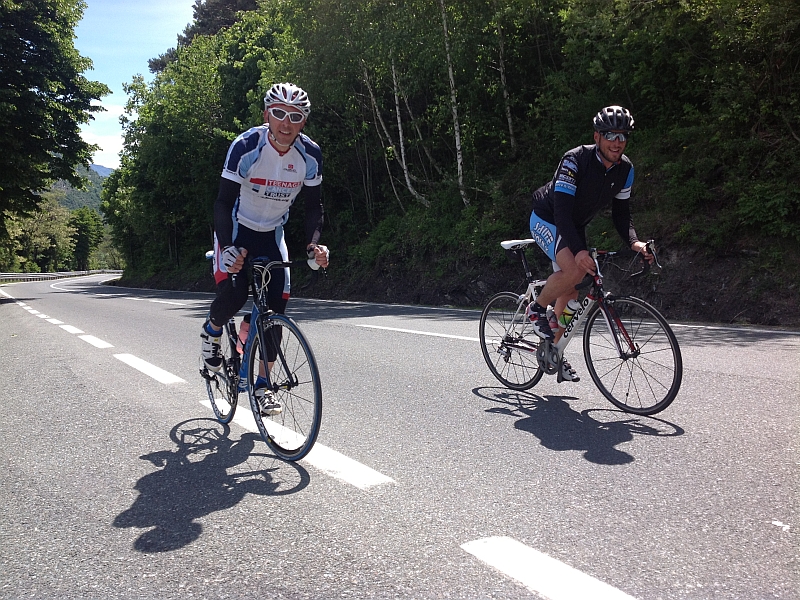 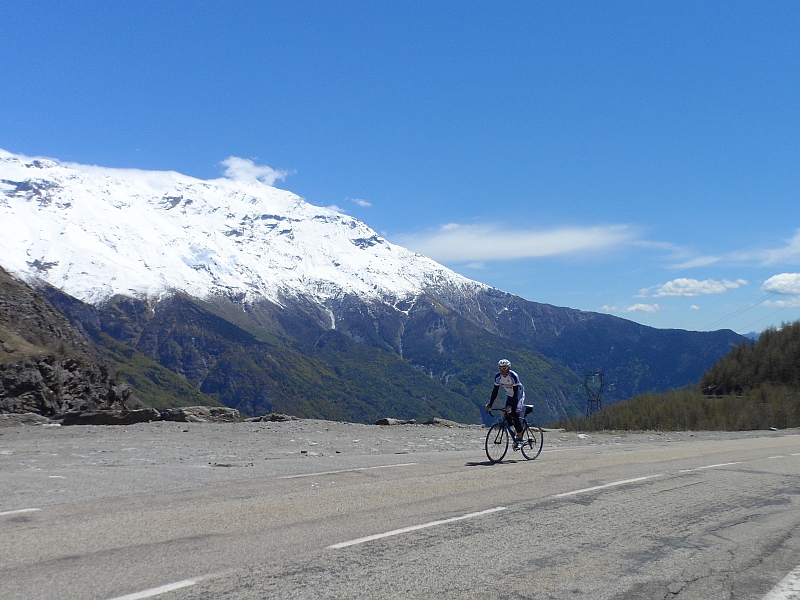 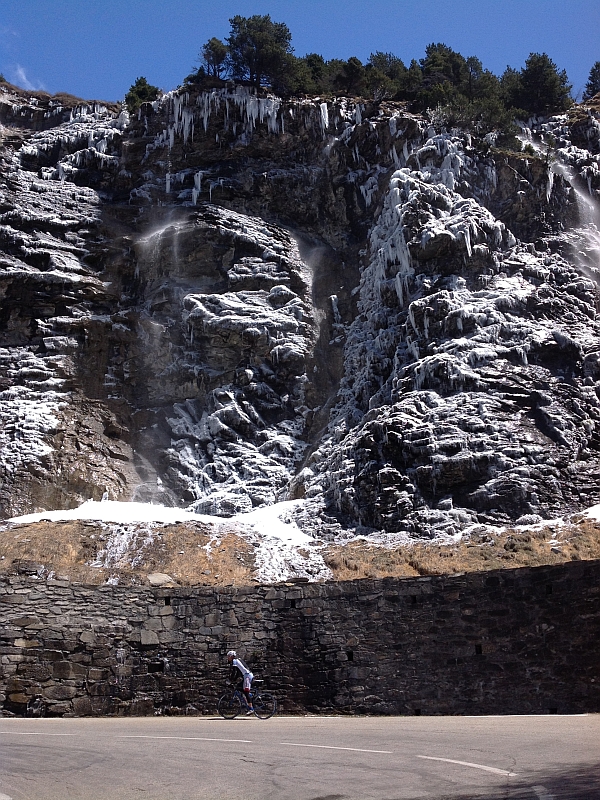 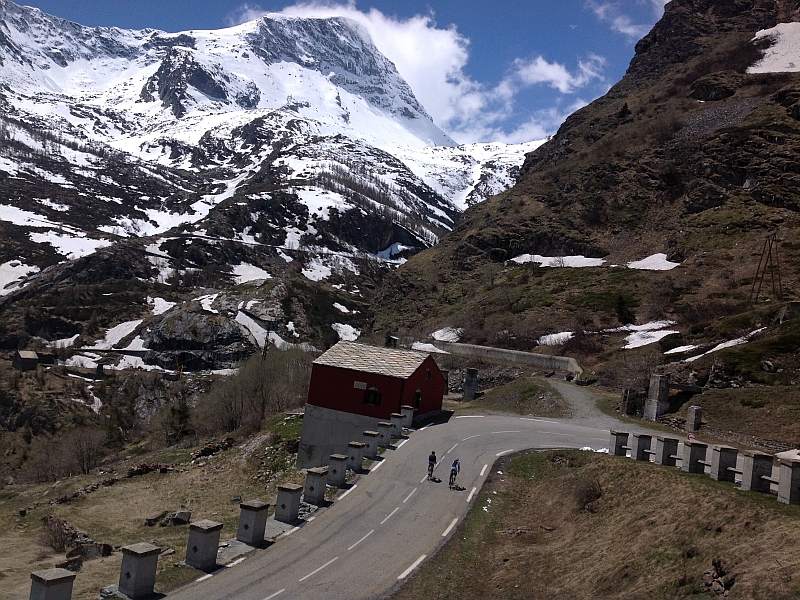 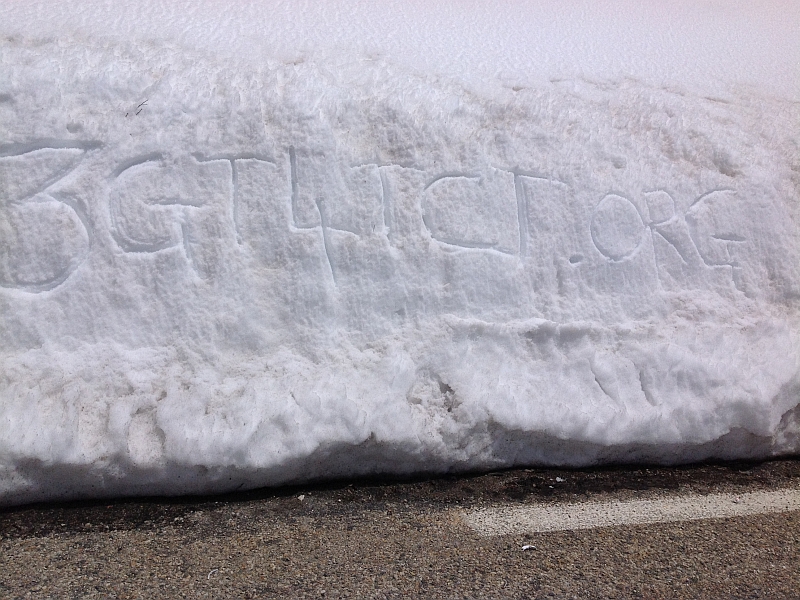 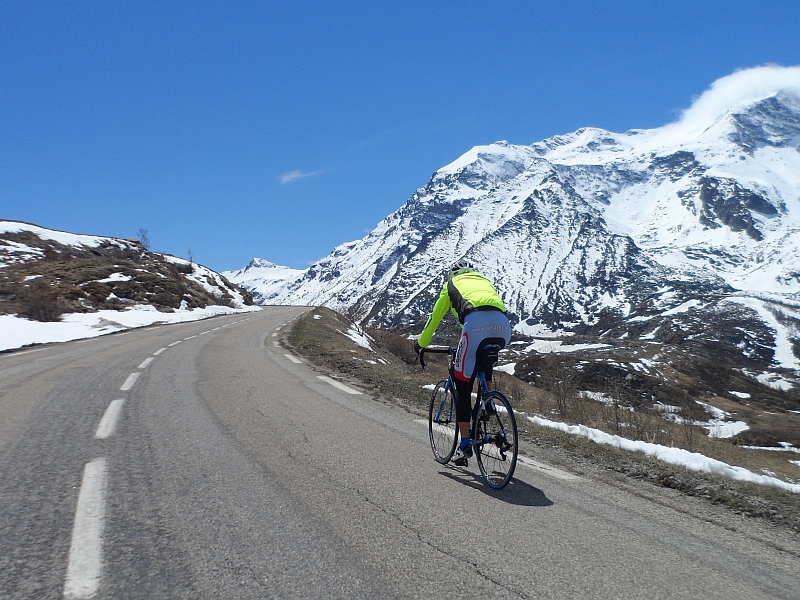 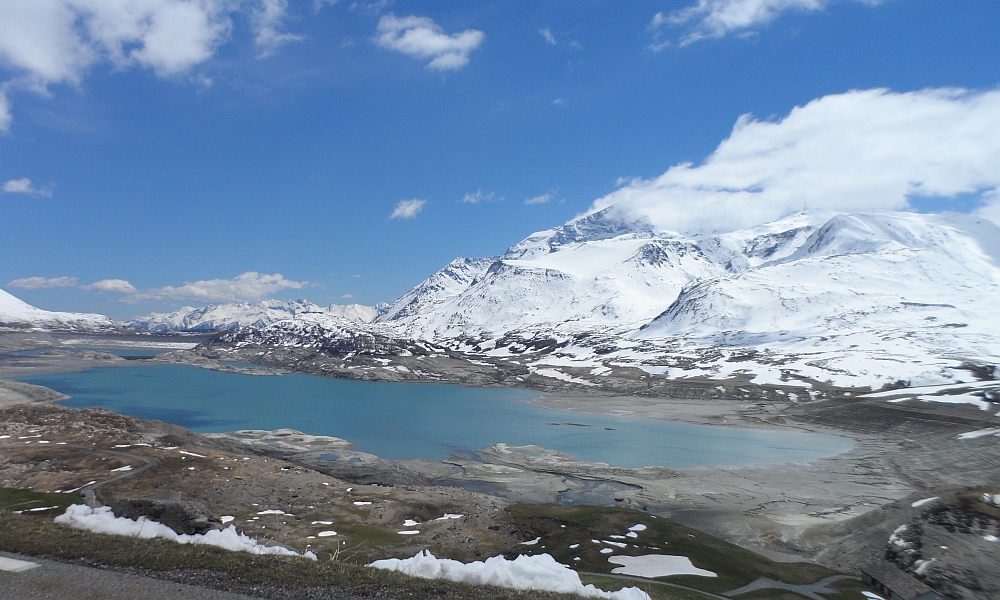 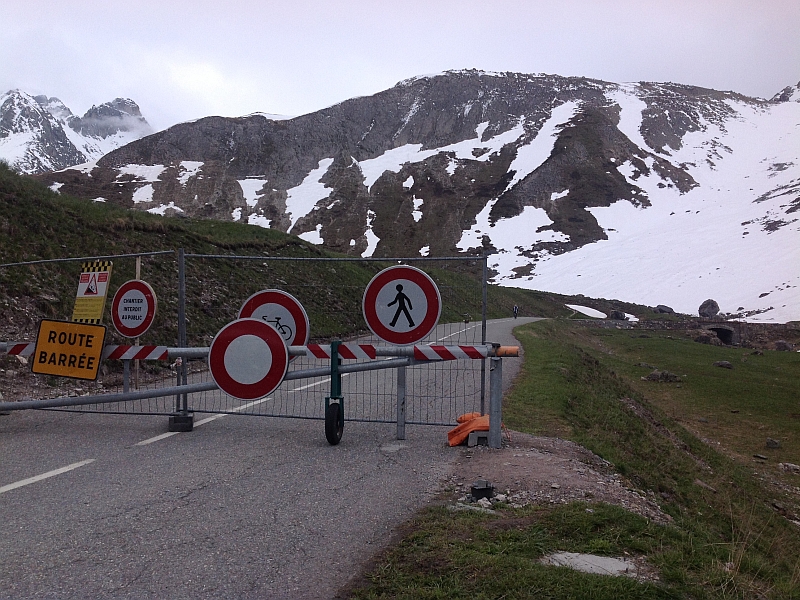 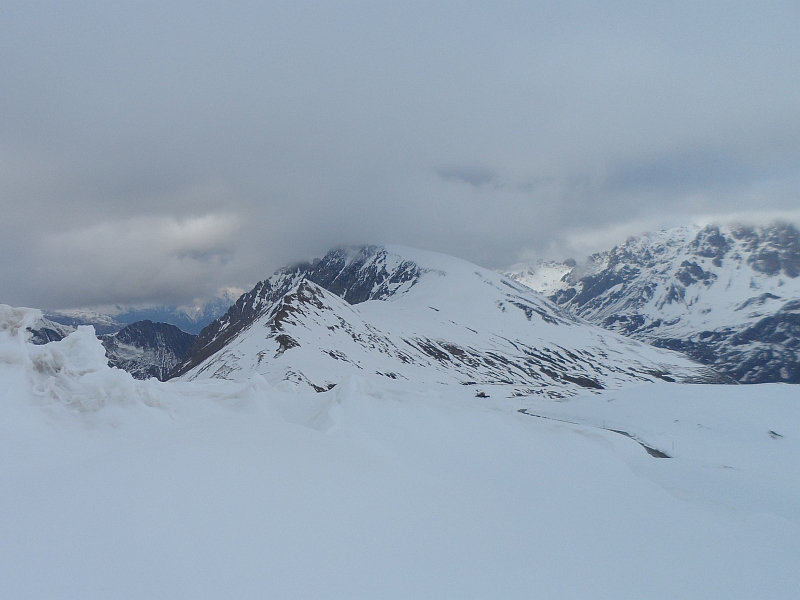