Alarm set early and two alarms. Up and get sorted as quickly as possible striping the bed while the cyclist swept floors.

Diving away at 7.15 so nt bad. Set off from Valoire at 8.10 heading for col du montcenise. Ooh clouds coming in. The last thing we need day is the rain that is forecast. I hope we can over that big mountain before it starts as it was cold enough when it was clear it was freezing at over 2000m high.

There was an old fortune our route and the cyclist thought that it may be the photo of the day as he rode past. So I duly drove on to get somewhere to park and position the perfect shot. little did he know I had two really great shots from this morning when he was flying down the col du telegraph and taking a corner so you can see then lean of the bike. I swear he thinks he is on his motorbike sometimes. There was also a hotel called Adrienne so we had to take a photo of that too. Just so the Sports Masseuse can see.

The cyclist wants to take on lots of food today. By 9am he had obviously had his breakfast but he had also eaten lots of french brioche strawberry breakfast rolls and a chocolate cake. He had the first of three philadelphia and proscuito sandwiches well as the climb started so he was fueled for what could be a gruelling climb. It was steeper but shorter to get up the mountain from this side but we were headed for the cloud ahead. What made it worse was the terrible gusting headwind as we got nearer the top. I tried to shield the cyclist by crawling along at 10mph while he rode behind. I am not sure it did much good but the poor dear was frozen. At the top we were well in the cloud which is obviously fog. He waited to,put his high Vis’ yellow jacket on until we got to the high spot so he could have his picture taken without the jacket. So I turned the heater to full for both heat and blow, putting his fleece and jacket in both front footwells to warm them so that they were warm when he put them on before a very cold descent.

The cyclist obviously descends faster than I do in the Meriva so,I was able to take a photo from above of him going around a hairpin bend. I put a photo of him cycling up the mountain past a rock face of icicles for stage 15. It had been a warm day yesterday (our rest day) and today despite the cold, that rock face no longer had the icicles. Obviously the photos of the icy lake and the magnificent views weren’t there either in the fog. We both commented on how lucky we were to have got the photos when we did, for both you and us to enjoy.

On the way down we re entered Italia, land of mad drivers and extortionate fuel prices. It wasn’t long before the overtaking and bumper hugging started. La Dolce Vita eh!

The cyclist absolutely flew along the flatter mid part of today’s ride. Apart from another food and toilet stop (his not mine) he was focused on trying to get to the finish and get us on the road to the hotel as early as possible as he knows I get tired and he wants another dawn start tomorrow. What was lovely about a flat and fairly straightforward mid section was being able to call my Angels to see how they were. Both are fine mainly and I am looking forward to seeing my girls next week when I am back. I am obviously disappointed to be missing Corsica in a few weeks but I am also looking forward to a few days when I can make sure Angel No1 is ok as baby one is due. I am looking forward to nipping in French baby boutiques to see what they have for the bambino.

Oh my highway hookers are back. I exclaimed to the Boo that this one had her bum on show pacing up and down for business. In fact there are quite a few. I pulled in just before one who was sat on the white plastic chairs that they all use. She was just the other side of the road and got all excited and began pacing up and down looking at the Meriva thinking there was some business once the cars behind me had passed. Unfortunately former the cyclist was behind the cars that passed so I indicated and pulled out to follow him. She was out of luck and sat back down. Further along I indicated to pull in and wait for the cyclist again. As I pulled in there was another sat at the back of the lay by.

3wheel carts all over italy. Even seen with Fridge and washing machine on the back. I will try and get a photo of one before we leave because all the mountain folk have one.

When we got to the final climb the heavens opened. We had see the rain all day and caught the edge of it a couple of times but going up the mountain all be it not a very high one we were bound to get wet as that is where the clouds had been all day. The cyclist put his yellow jacket back on and on he went. At the end he was co,d and soaked through. He sorted the bike and I sorted his shake and dry clothes. I had to wring them out before putting them in the car. Unfortunately being on the motorway meant we couldn’t have the windows open and the heater on full because of wind noise. And I was going to have to wash the kit anyway.

The hotel is a big manor house place, very beautiful with antique furniture. They must do a good trade in weddings here as it is all set up for them. There is a pool too but it doesn’t look so appealing with grey skies and rain though.

After kyle did his computer thing that he does each night and I washed kit, bottles and got us both something to eat it was 11.30 and time for sleep for another long day into Venice tomorrow with another long transfer. This Giro has had us criss crossing and going backwards and forwards all over the country. Hey ho. I am not expecting to see any more that Venice train station as cars can’t go any further than that, for obvious reasons!

Songs for today: The theme from rocky as kyle descended the final climb in heavy rain. Yazz – the only way is up, because it came on as he was going up the mountain. Will young many tracks while we drove the motorway because it is very calming, but Jealousy is my favourite. 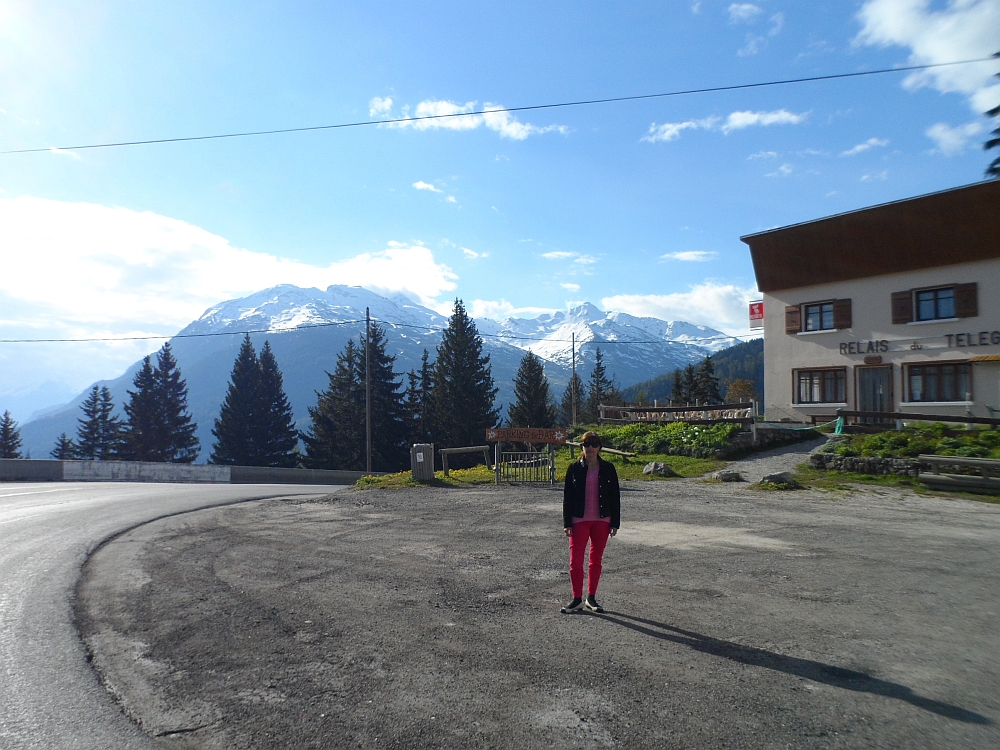 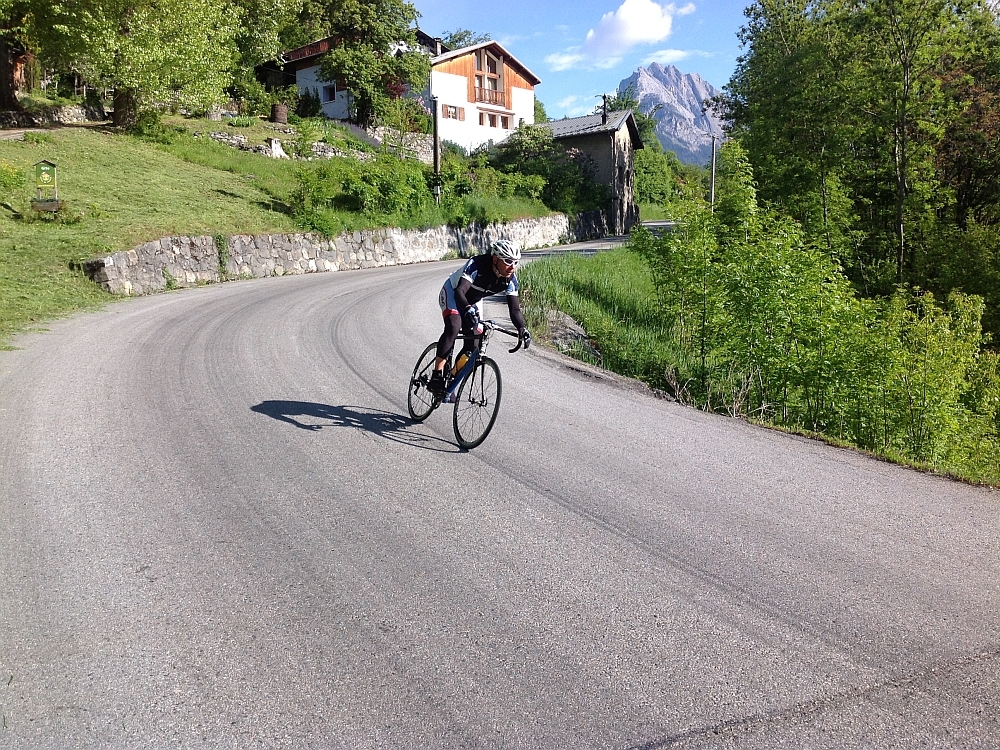 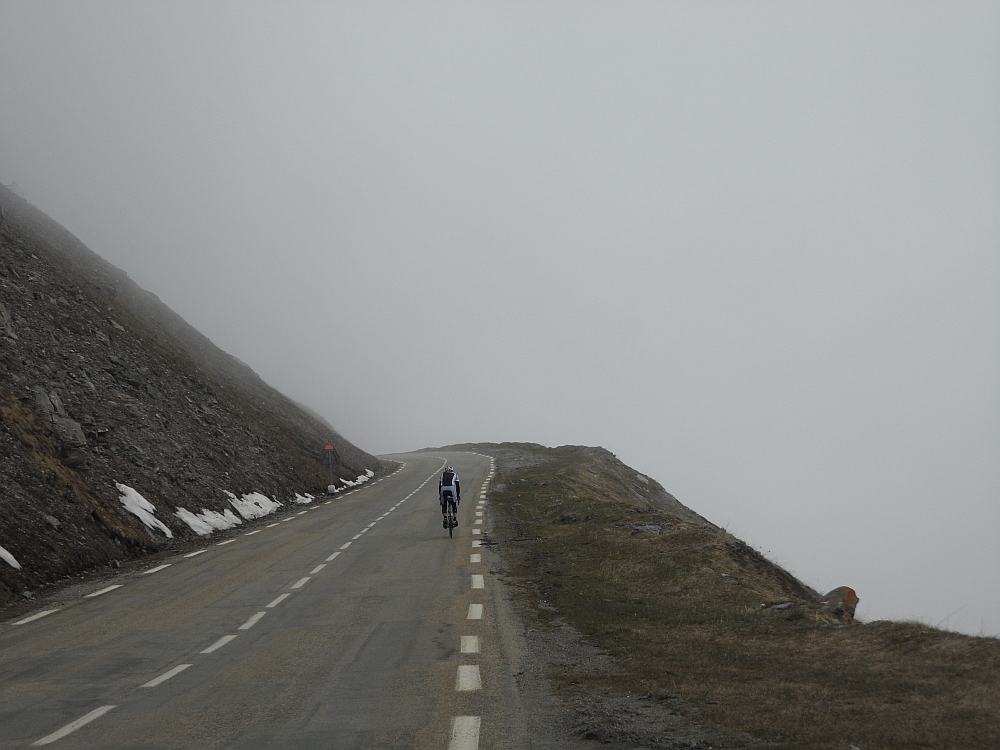 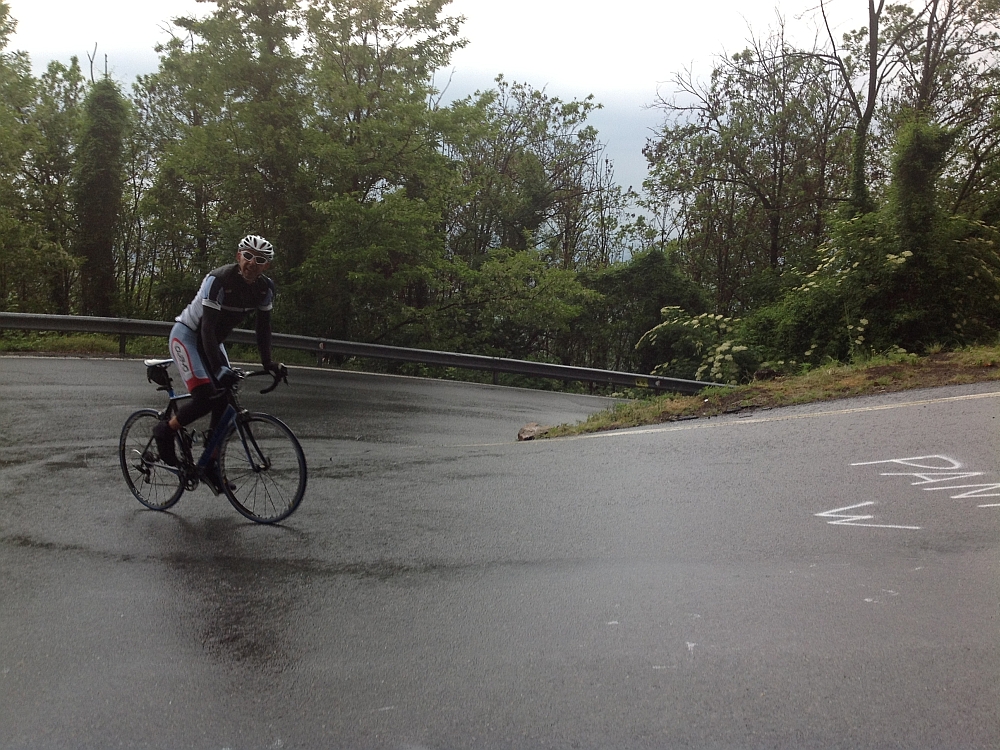 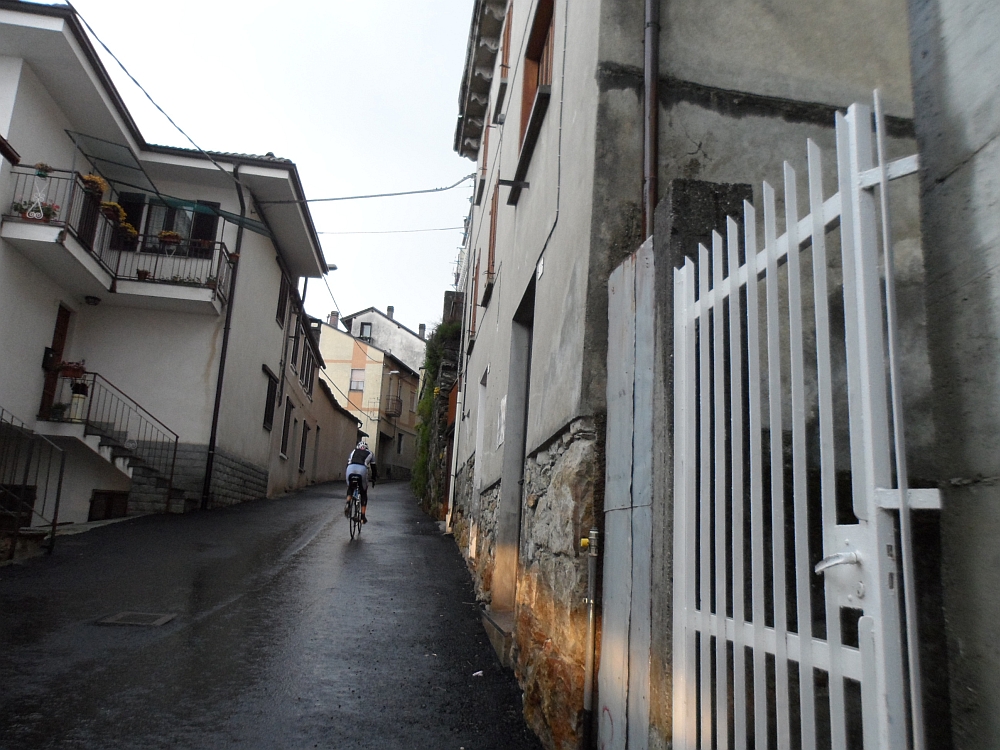